People often call Xiaomi the Apple of China, but Xiaomi themselves are eager to shake off this image. That includes playing with the big boys and taking jabs at others, and that includes the Cupertino company themselves. Instead of taking small pokes, Xiaomi’s going straight for a bigger target, taking aim straight at the new iPhones.

Xiaomi’s brought in three new product bundles for their Chinese customers. Each bundle features a smartphone, a laptop, a fitness band, and audio product. These bundles have been cheekily been named the XR, XS and XS Max bundles, directly referencing Apple. Each bundle even costs the exact same amount as the phone it’s named after. 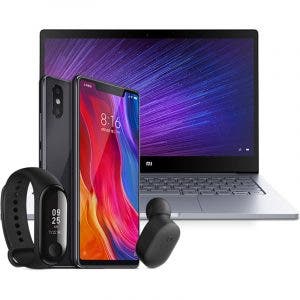 The XR bundle is the first of the set, featuring a Xiaomi Mi 8 SE smartphone, a 12.5-inch Mi Notebook Air, a Mi Band 3 and a Mi Bluetooth Mini Headset. This one mostly features budget Xiaomi options, mirroring Apple’s ‘affordable’ iPhone XR. It comes in at CNY6,499, which roughly translates to about $946.

Next up we’ve got Xiaomi’s XS bundle. This one comes with a Mi MIX 2S, a 13.3-inch Mi Notebook Air, the Mi Band 3 and Mi Bluetooth Mini Headset. It’s quite a bit more expensive than the XR bundle at CNY 8,699, or $1266. Keep in mind that these are all still in-line with Apple’s pricing, which is kind of ridiculous. 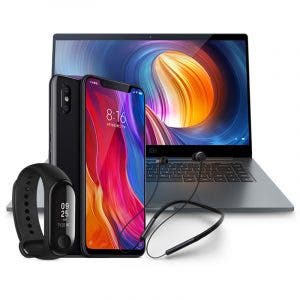 Finally, we’ve got the Xiaomi XS Max bundle. For the price of CNY 9,599 ($1397), you get a Mi 8, the Mi Notebook Pro laptop, the Mi Band 3, and Mi Bluetooth neckband. There’s not much variation between the bundles, but it’s still surprising to see Xiaomi poking Apple. Xiaomi has no plans to bring these bundles out of China, which makes sense.