The Huawei Mate 20 series will be released in London on October 16, and the details of the flagship will be announced at the event. But as usually happens, we learn about them way earlier. Today, on October 2, Roland Quandt revealed that the Mate 20 line will have three models: Mate 20, Mate 20 Pro, and Mate 20 Porsche Design. All three handsets will have the high version with a memory combination of 8GB+512GB. But actually, there are too many variants.

According to the previously leaked information, the Huawei Mate 20 uses a water drop screen. The notch part, which is called the beauty tip carries the front camera sensor. At the same time, the Huawei Mate 20 Pro sports the traditional notch. So it’s expected to see it supporting a 3D structured light technology. 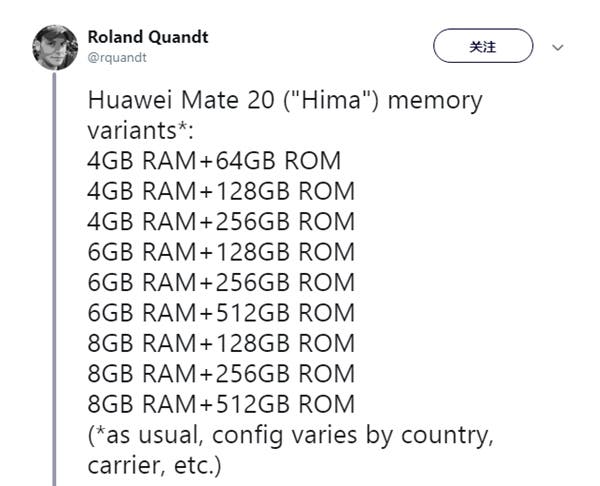 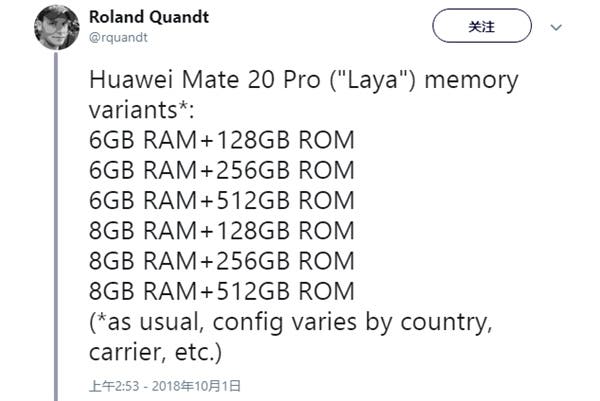 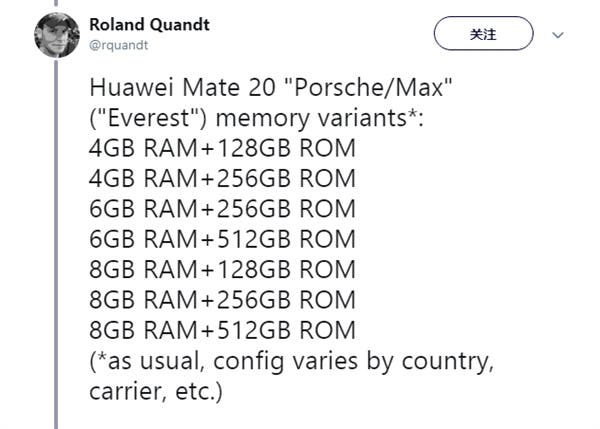 However, they are all equipped with a Leica triple-camera initially seen on the Huawei P20 Pro. The latter is still the first in the DxOMark rankings, and the Huawei Mate 20 series camera performance is worth looking forward to.

There have been too many leaks. So we are aware of many features concerning this series. Say, in terms of core configuration, the Huawei Mate 20 series will be equipped with the Kirin 980 processor. This chip is based on the 7nm process technology and is the first to come with the Cortex A76-based architecture. Also, it’s the first commercial Mali-G76 GPU. Obviously, its performance will be improved a lot.

As the drop screen design and the triple-camera have been seen on various phones previously, the selling point of this handset is going to be the Kirin 980.