Following months of leaks and rumors, LG mobile a while ago finally unwrapped the latest in its V series lineup – the LG V40 ThinQ. However, the V40 ThinQ as expected wasn’t the only device LG had to reveal to the world, the company at the same launch event announced a smartwatch – the first in over 18 months. Dubbed the LG Watch W7, the new entrant isn’t the regular Wear OS smartwatch that we have seen in the recent past, but a hybrid watch with some smart OS functionality. In clear terms, the LG Watch W7 has a physical hour and minute hands, like a standard mechanical watch. 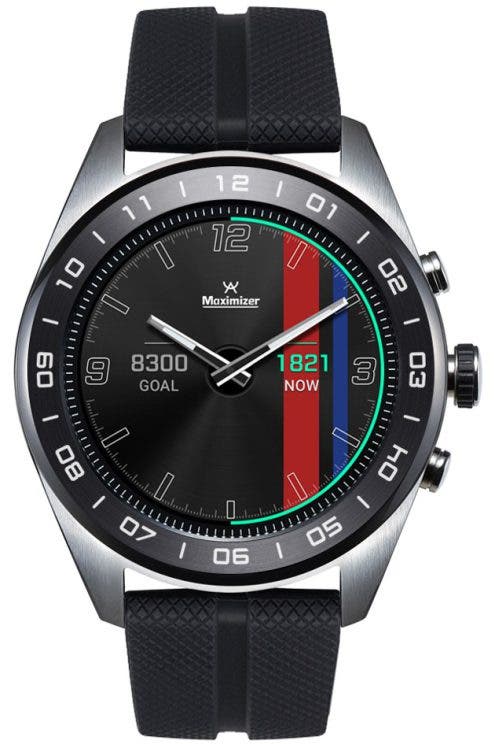 It is also worth noting that the new wearable from LG isn’t entirely a fitness tracker. For one, it has no heart rate sensor, no built-in GPS, LTE connectivity and no NFC solution, which is a bit surprising considering the huge price tag that LG is slamming on the device.

The LG Watch W7 is based on Google’s latest OS, and it is fitted with a 1.2-inch touch display fitted with two mechanical hands on top.  The mechanical hands made in collaboration with Swiss watchmaker Soprod SA, not only keep track of time, but it also displays additional information such as the altimeter, barometer, stopwatch, timer and compass directions. As for its hybrid nature, LG has implemented the analog and digital parts in a manner that the moving hands won’t hamper the digital functions of the device. And to ensure this, the Watch W7 has its “touch” and “display” layers separate from one another, placing the touch components up against the glass while putting the display underneath the hands. To move away from the “watch-only”  mode, all a user has to do is to tap on the top right hardware button to get the moving hands to 3 and 9 o’clock so that users can read notifications on the display.

Read Also:  LG will supply some of the iPhone 14 Pro Max display

Encased in a chunky 44.5mm frame with swappable standard 22mm bands, the device is IP68 rated and is powered by the dated Qualcomm Snapdragon 2100 chip coupled with 768mb of RAM, and 4GB of storage. It comes only with a small 240 mAh battery, which LG says should last up to two days on a single charge in the smartwatch mode, while that can span up to 100 days when you switch over to the analog watch mode.

You will be able to pre-order the device starting from October 7th but will go on sale from October 14th at about $449.