A couple of weeks ago, when HMD Global unveiled the Nokia 7.1, it did say the device alongside the Nokia 6.1, 6.1 Plus, Nokia 8 and 8 Sirocco will all be getting Android Pie update by the end of this month. We now have the first solid evidence – the Geekbench appearance of the device that suggests the company will deliver on its promise. 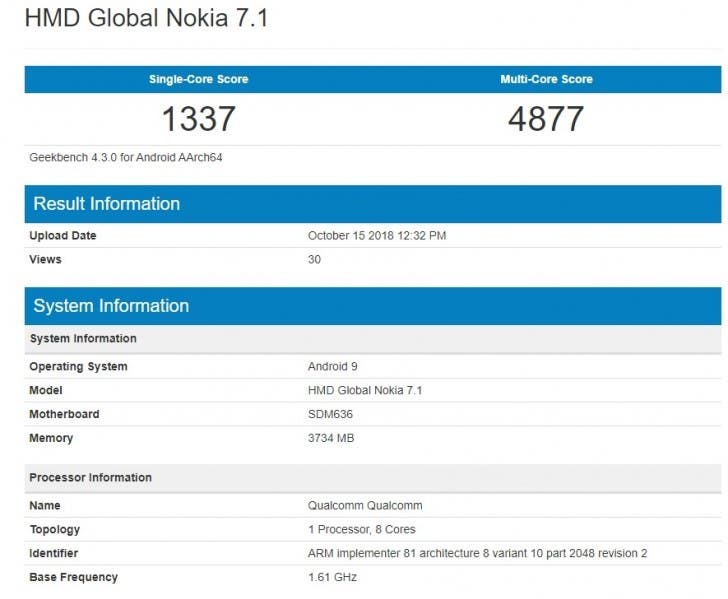 The listing reveals a Nokia 7.1 with the Snapdragon 636, 4GB of RAM running the latest version of Android OS – Android 9.0 Pie. The score is solid though not any near the upcoming Nokia 7.1 plus with Android Oreo and the SD 710 SoC.

We are not exactly sure when HMD global will be rolling out the update, we have no doubt about its ability to deliver, given its track records when it comes to timely and consistent update.

Next MediaTek Helio P70 is Coming Soon with Better AI