The Xiaomi Black Shark 2 will be released during the next week on October 23. Since the device launch is imminent, we’ll start to see a wave of “last-minute” leaks popping out until the announcement. Today, the gaming smartphone got benchmarked on the GeekBench website, confirming some of the device specifications. 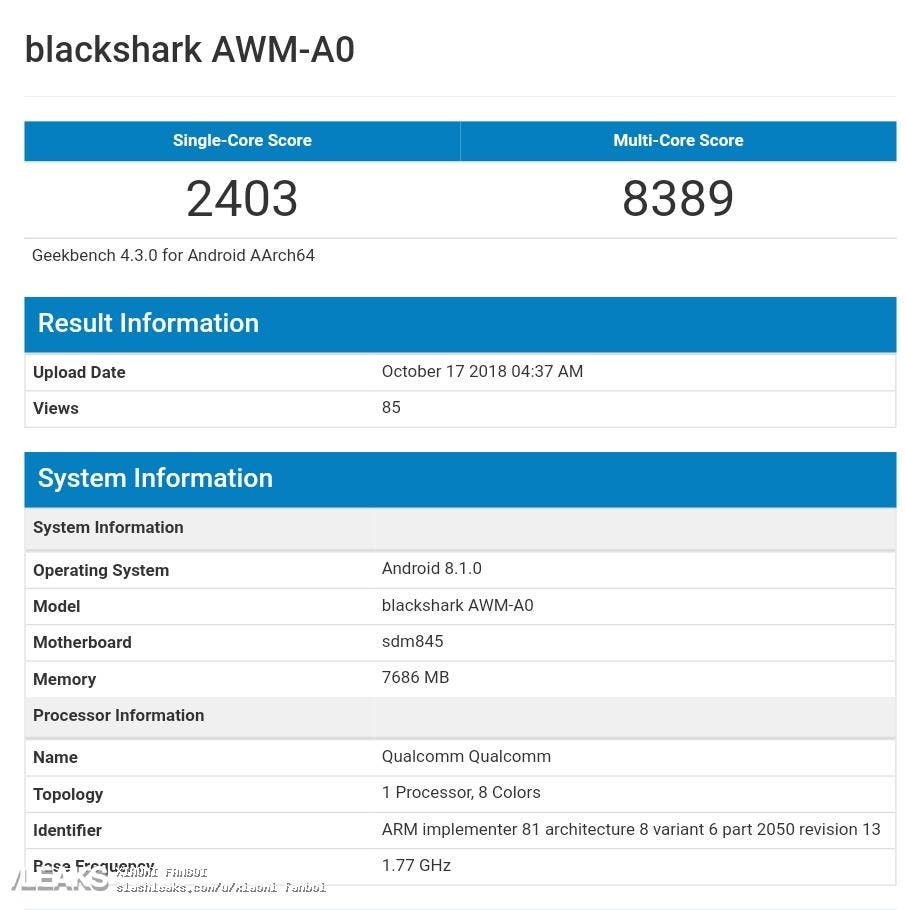 According to GeekBench, the Xiaomi Black Shark will indeed feature a Snapdragon 845 octa-core chipset. The device will come paired with 8GB of RAM and up to 128GB of Storage. The device popped out in GeekBench with the blackshark AWM-A0 model number and scored 2403 and 8389 points on the single and multi-core tests respectively.

The BlackShark 2 will come with Android 8.1 Oreo straight out the box and should run a new updated version of Xiaomi exclusive OS for the gaming smartphone. As previously mentioned, the device will debut in the next week, and until the announcement, we’ll be covering any new detail about the upcoming gaming smartphone.

Next New OnePlus contest will give a free OnePlus 6T; the user just needs to tap on phone's display