Google’s latest software update, Android 9 Pie, was released a couple of months ago. This system is the desire of smartphone users and many OEMs are already using it in some of their devices. However, South Korean manufacturing giant, Samsung, need some time before it can use this update. Recent reports suggest that Samsung smartphones won’t be getting the Android Pie update till “early next year”. This could be anytime between January and March. 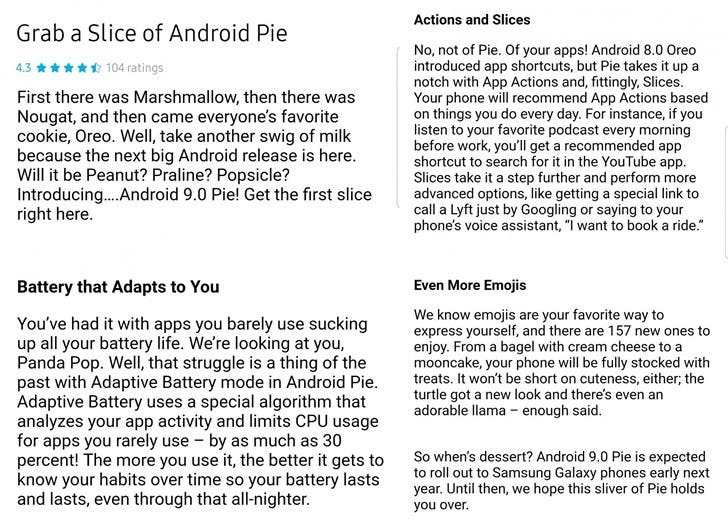 Speculations on French Samsung Members community earlier suggested this time frame. Now, a current information on Samsung+ app re-affirms it. Well, devices in some markets will receive this update as early as January 2019. However, others may have to wait till March.

The post did not mention a specific upgradeable device, but the recent Galaxy S9 should top of the pile. Samsung will launch the Galaxy S9 Android 9 Pie beta soon and test the new Samsung Experience 10 UX. Samsung Experience 10 UX will bring a new dark theme. In addition, it will come with scene optimization in camera applications, as well as a new Always On Display look. Do you think that Samsung’s timeline is too late? Let us know your thoughts in the comments below

Previous Nubia Called on Everyone to Take off Their Smartphone Cases