Only a few more days and we will welcome the Honor magic 2 from Huawei’s Honor. In case you are not aware, the said Honor Magic 2 will go official on October 31 in China, however, until then, you would have to make do with leaked images. A moment ago, TENAA listed the device with its full specs and no images in its database having met all the pre-release requirements in China, and now, live images of the device has surfaced online revealing the device in its full glory.

The upcoming device is shown sporting familiar Apple’s iPhone X camera set — a vertically stacked setup that aligns toward the upper left hand corner.  There is an LED flash with a triple camera setup which is said to have the same configuration with the Huawei P20 Pro. There is no fingerprint sensor in sight, so there are chances it will have an in-display scanner. 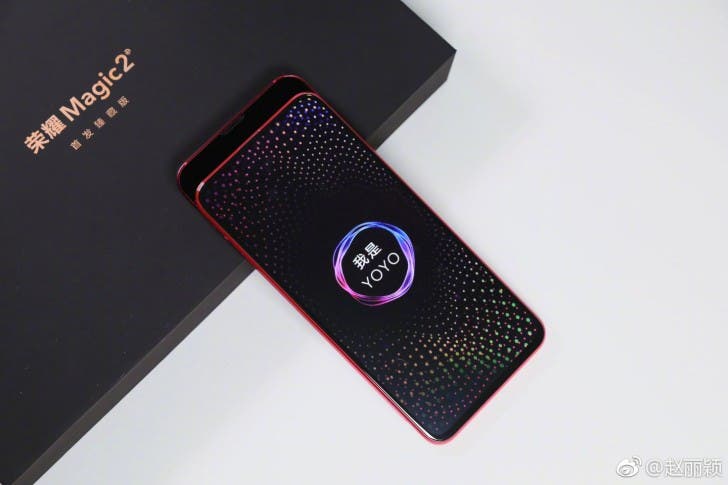 The leak also reveals the front side of the device which has since been seen in a couple of leaked renders. As expected, it is virtually an all-screen affair, with no Notch, no bezel or whatsoever. Rather than employ a screen notch, Honor is adopting a slider mechanism similar to the Mi Mix 3 from Xiaomi – the entire screen of the device when slide down will reveal a 16 MP front-facing camera and two TOF lenses for 3D Face Unlock which could be assisted by probably an in-display fingerprint sensor. The images show the Magic 2 in red colour, so its almost certain the device will come in 3 colour variants – including the often leaked blue and black colours. 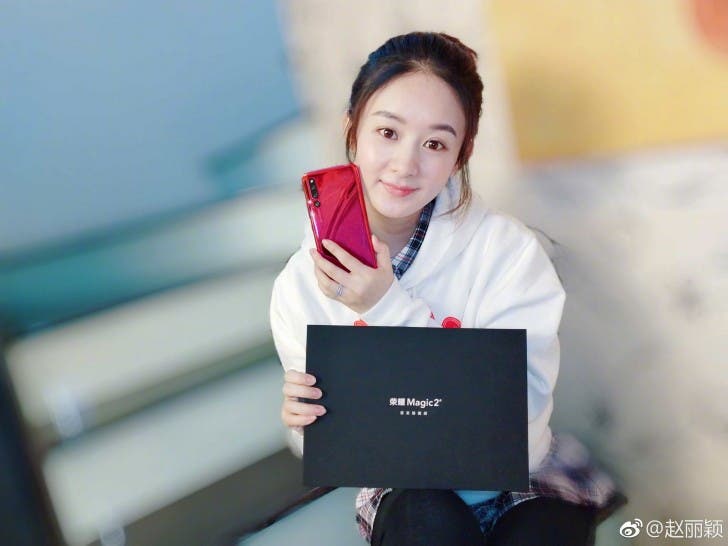 As per the listing on TENAA, the Honor Magic 2 is set to arrive with a 6.39-inch Full HD+ AMOLED display, while it will be powered by the same SoC found in the Mate 20 series – the newly unveiled Huawei Kirin 980 SoC. It is expected to come in two variants – one with 6GB of RAM + 128GB storage and another with up to 8GB of RAM+256GB storage which could be the rumoured limited Honor Magic 2 Telsa model.