Galaxy S9 and S9 Plus are getting closer to Android 9 Pie, or at least getting the first Beta. The colleagues at XDA-Developers have got their hands on a first build and have shared some images on their portal, through which you can see the presence of the long-awaited dark mode, able to take full advantage of the AMOLED screen of the two top range smartphone. 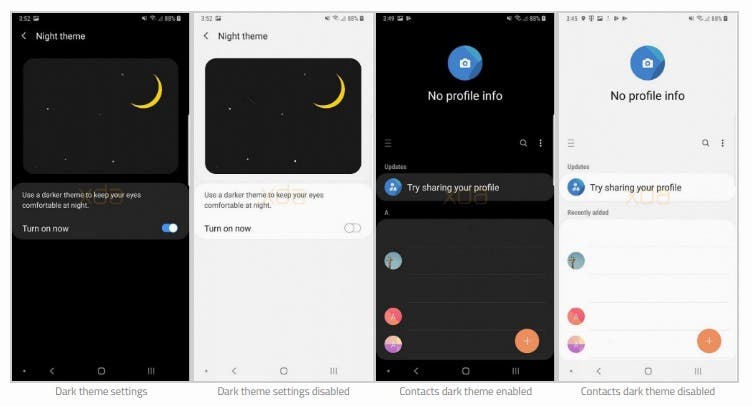 This feature was also spotted earlier, but now it seems to work properly and offers a completely dark interface without the presence of white blocks. The Night Mode – this is the name of the dark mode – will be part of the new features included in the new Samsung Experience 10 interface, also waiting on Galaxy Note 9 and the upcoming Galaxy S10.

Among other news, XDA reports that now the gesture for navigation are fully functional in the beta version and they mentioned the arrival of the Raise to Wake function, thanks to which it will be possible to reactivate the smartphone simply by lifting it. 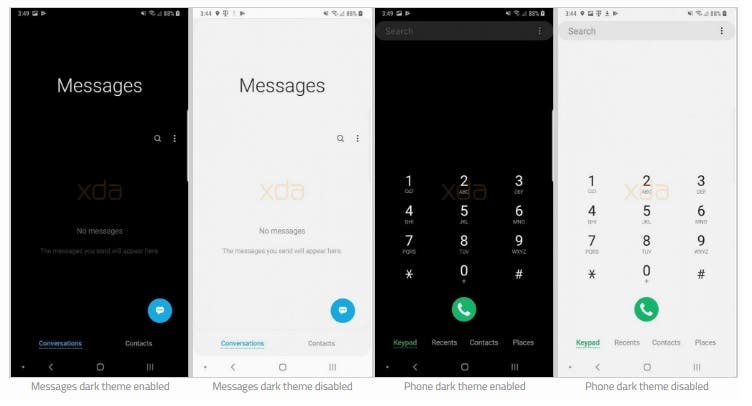 This beta has some other new features for the Galaxy S9 users coming back from the Galaxy Note 9. The Galaxy S9 will now get scene recognition and flaw detection in the camera, which was once exclusive Note 9 features. Samsung is bringing back some features to try to match the feature set between the two devices.

This firmware version tested by XDA will be the same version that will be offered to US, UK and South Korean users enrolled in the Samsung Beta Service program. The test phase should start very soon. 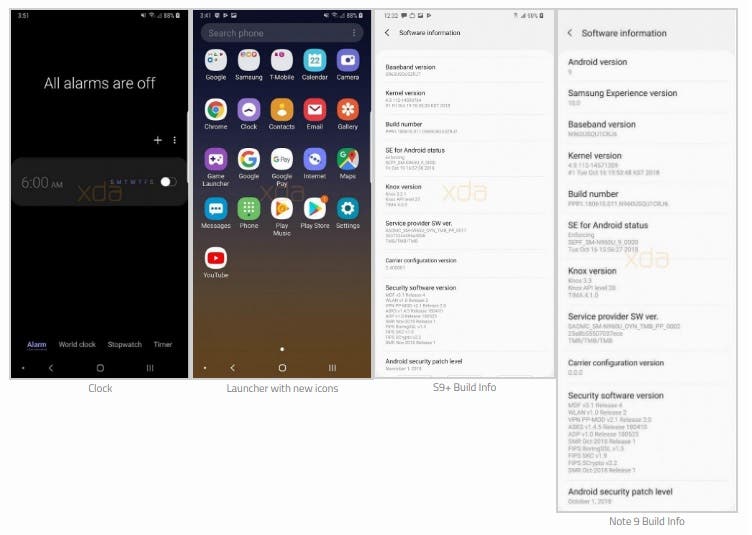