MIUI is a great depth customization of Google’s Android system and it brings fluidity to the smartphone. However, due to some powerful algorithm features, Google’s official Camera app (Google Camera) remains a favorite choice for many smartphone users. However, the new Google Camera app requires HAL3 support before it runs on the device. This forces some users to root phone for this app to run smoothly. 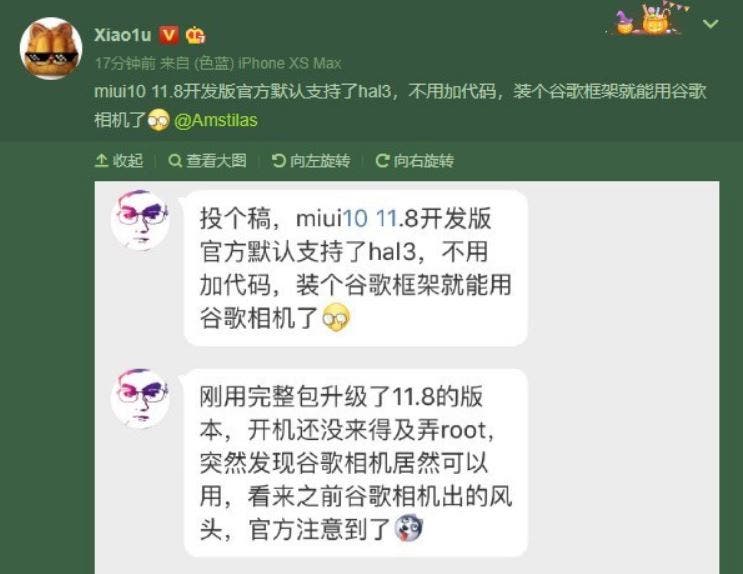 Now, recent information out of China shows that the new MIUI 10 11.8 developers version officially comes with HAL3 by default. This means that in this version, users do not need root their smartphones anymore to use Google camera. After installing the Google service framework, you can install Google Camera.

If the user has not upgraded to MIUI 10 11.8 development version and above, they can only get support from Google Camera by rooting the phone. This is not a process that non-professionals should do because you can brick the device. For those unfamiliar with the system modification, you can refer to any specific tutorial on the MIUI community.