On October 25th, Xiaomi released its most recent flagship smartphoone, Xiaomi Mi MIX 3 at the Forbidden City in China. This smartphone came with a 3299 yuan price tag for the base variant (6GB+128GB). This first-round sales of sales sold out swiftlly and the next round will take place at 0:00 (Chinese time) on November 11th. The sapphire blue and emerald colours will also be on sale. 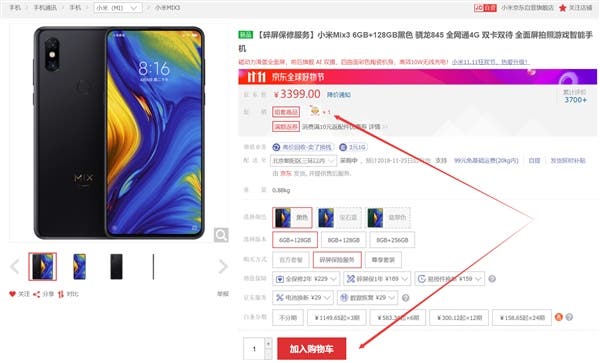 One interesting thing is that the black version of the Xiaomi Mi MIX 3 is now available for sale in Jingdong Mall. Today, Jingdong Mall showed that Mi MIX 3 black version with six months  physical damage insurance (broken screen or rear only) costs 3399 yuan ($489). Well, fixing a broken screen or rear for only 100 Yuan ($15) is definitely a good deal.

The Xiaomi Mi MIX 3 uses a 6.39-inch FHD+ AMOLED screen (Corning Gorilla Glass) while its screen ratio 93.4%, this is actually lower than we expected but it is definitely decent.  According to the company, this is the first slide-screen full-screen phone. A soft down-slide of the display reveals a 24MP+2MP deal selfie camera. This smartphone is powered by a Snapdragon 845 SoC coupled with 6GB/8GB/10GB of RAM and 128GB/256GB of internal storage. The 10GB of RAM model is called “Forbidden City”, named after the place it was released. The battery is a bit disappointing – 3200 mAh.  However, with all the optimizations that come with Android 9 Pie, we are certain that it will seamlessly take an average phone user through a day. Moreso, it supports 10W wireless fast charge. 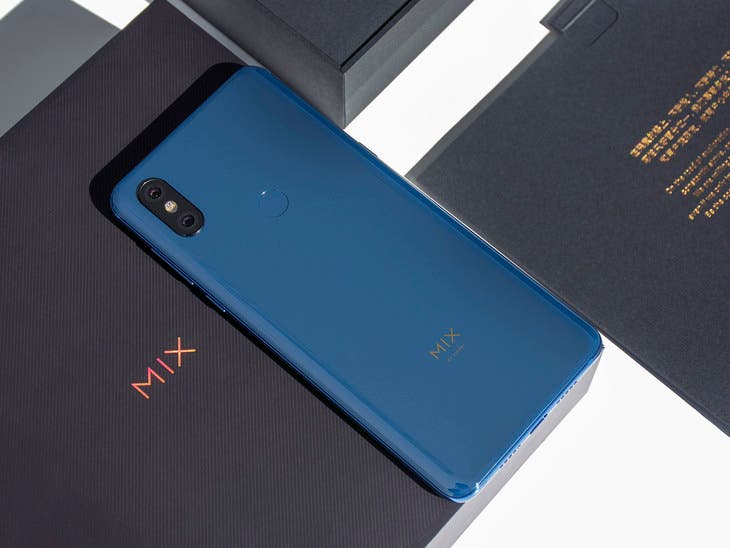