Honor has registered nine new smartphone models at EUIPO, the European Union Intellectual Property Office. The registration applications have all been submitted by an intermediary in Germany.

Tomorrow, Honor will hold an event in Beijing, China, and will officially present the new mid-range Honor 10 Lite, but it is not clear if we will also see some other device. It is indeed possible that we will have to wait a few more weeks to find out more about the models that they have just registered. 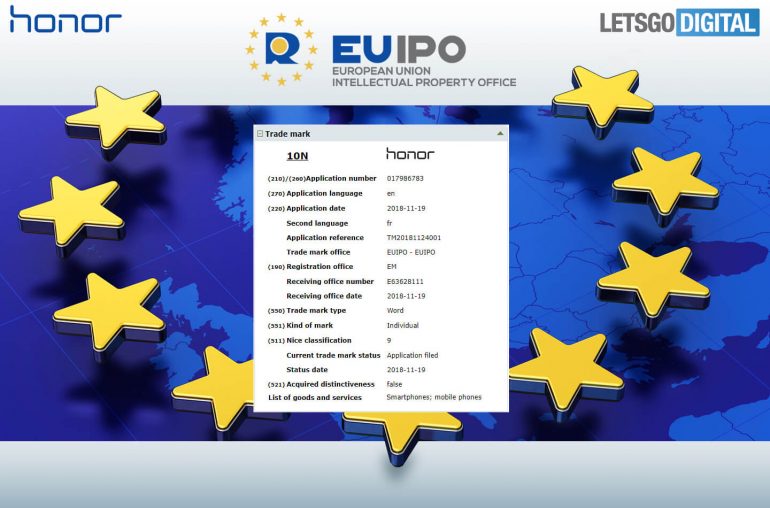 It is worth to mention that Honor’s upcoming more affordable device of its 10 series created for the youngsters got its first TV commercial that show the design we’ve previously seen in leaked photos.

Also, Huawei’s sub-brand – Honor – did indeed top in some really interesting charts during the Single’s Day (11.11) celebrations in China, specifically on the JD.com and Tmall.com stores, among the biggest retail sites in the country.

In addition, the brand also brags about surpassing Apple in sales in both stores. While the latest and premium Honor Magic 2 was the best selling smartphone in the 4000 to 5000 Yuan category, which means $580 to $720 price range.

Next Xiaomi’s Overseas Income Accounted for 44%, Beyond Imagination