Back in October, HMD Global announced that both the Nokia 8 and 8 Sirocco will be upgraded to Android Pie until the end of November.

Although not much has been heard from HMD, regarding to this update, according to a recent leak in Geekbench database, the device should not be too far from receiving an update to the latest Android flavor. 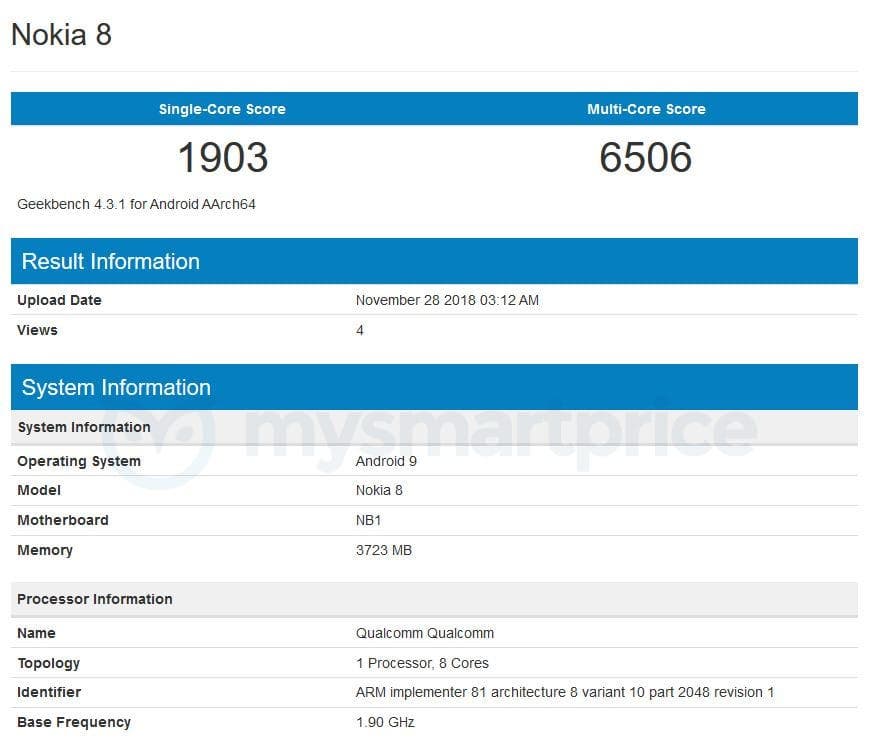 The Geekbench listing reveals a Nokia 8 running Android Pie. It suggests that HMD Global is currently testing the update in internal betas of the phone’s software. Furthermore, it also indicates that a global rollout should start early in December, potentially along with the Pie update for the Nokia 8 Sirocco.

Android Pie will bring a ton of enhancements for the 2017 flagship, along with new features including a brand new UI, Digital Wellbeing, Adaptive Battery and much more.

Next Sprint and HTC will release a 5G hotspot in 2019