Back in October, Nubia a ZTE’s associated company, unveiled its first dual-screen smartphone, the Nubia X. While the device is fast walking to complete two months of existence, it’s still a rare piece of hardware since just a few flash-sales have been carried out.

Thanks to the known leakster, IceUniverse, a new video shared on Twitter shows the smartphone rear OLED display in action, and it simply looks amazing.

The Nubia X’s back color and screen color blend together, which is a laudable technology, and its visual effect is amazing. pic.twitter.com/1I08xvBDUW

The visual effect achieved by the second rear-mounted screen of the smartphone is simply amazing since the company managed to blend the display with the backover color in a perfect mix, that makes impossible to determine when the display ends and the back glass begins. 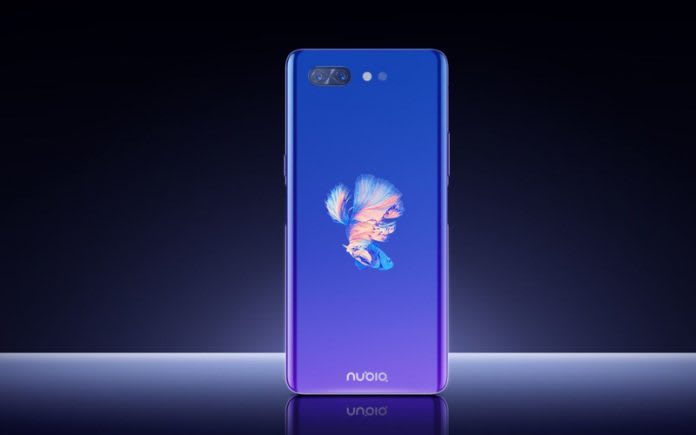 For now, the rear display can ser as extra touch controls for gaming, but also can show some beautiful animations that are smooth and cool to look, to not mention how practical it makes the process of taking a selfie using the powerful rear camera setup, allowing the manufacturer to make a fully bezel-less display. However, what remains a mystery is how the former ZTE subsidiary achieved to do a so perfect job with the second display. After all, we’ve been used to weird-looking attempts of bringing a functional and simple dual-screen smartphone.

Apparently, Nubia placed the OLED layer under the gradient-colored glass to achieve this finish. The device has been in development for quite some time, but a wave of leaks and rumors started to pop-out a month before the official. Unfortunately, the device still can’t be acquired by the masses. Potential costumers and enthusiasts that are eagerly waiting for the Nubia X should wait for the next flash sale. But worth noting to mention, that considering the flash sales event that occurred earlier in this month, this won’t be an easy task.