That may not be new to you anymore, but we now know exactly when the Huawei Nova will be unveiled. In continuation of its pre-release hypes, Huawei earlier today released a fresh Weibo teaser, further confirming that it is actually working on a smartphone with an Infinity-O like display. The teaser also confirms that the Huawei Nova 4 will go official on December 17th in China. And if this works according to plans, Huawei would have succeeded in winning the battle against Samsung who is yet to reveal a launch date for its Galaxy A8s and the upcoming Galaxy S10 both of which are heavily rumored to launch with similar tech (Infinity-O display). 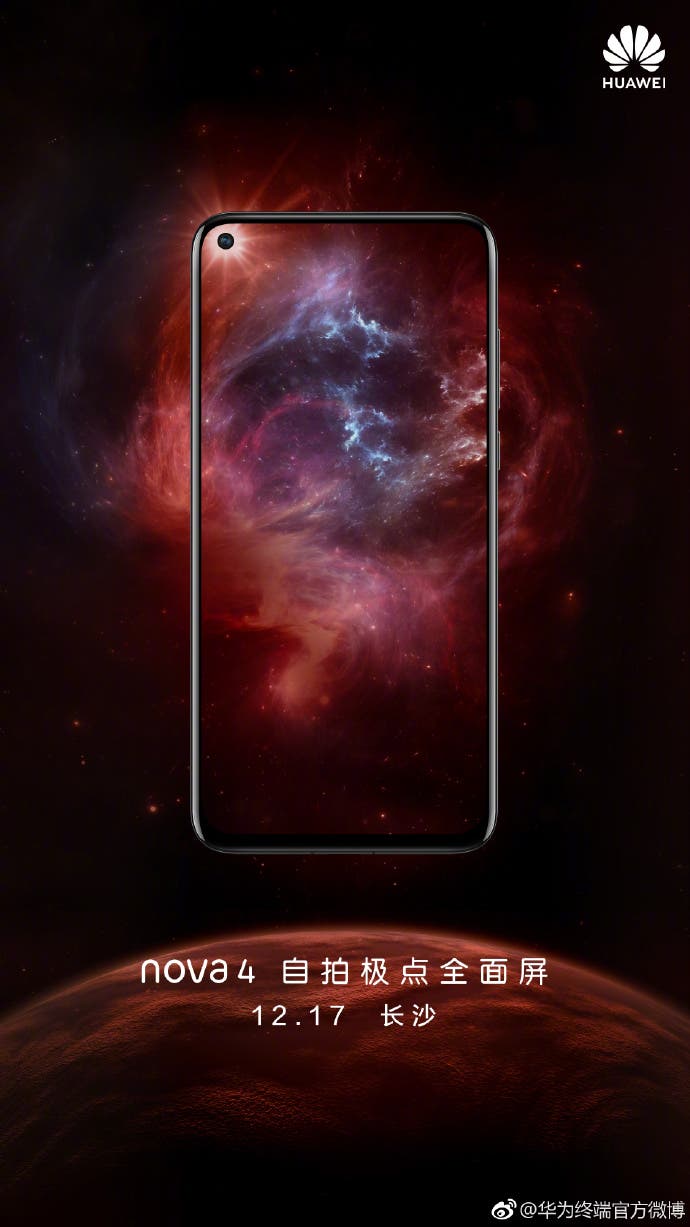 We are not sure what hardware specs Huawei will pack into the device, neither are we sure what Huawei will finally call the phone, the Huawei Nova 4 is just out of speculation, so we’ll have to sit back and wait for the December 17 launch.