It seems like the battle for who comes out with the first smartphone with Infinity-O like the display is really heating up. While we had thought Huawei could be the first to out a Smartphone with a camera hole on its display, the latest scoop from UniverseIce indicates otherwise.

With Huawei set to announce the alleged Nova 4 on December 17th, popular leaksterUniverseIce has tweeted an image that seems to confirm the launch date of the Galaxy A8s. The tweet has a teaser image of the Galaxy device with a tag that seems to confirm that Samsung has now scheduled the launch of its Galaxy A8s heavily rumored to come with the Infinity O display for December 10th -just a week before Huawei’s event. Samsung’s December 10 event is obviously a direct response to Huawei’s December 17th event, and with this, the hubbub about who makes the first phone with a pinhole camera has now been laid to rest. 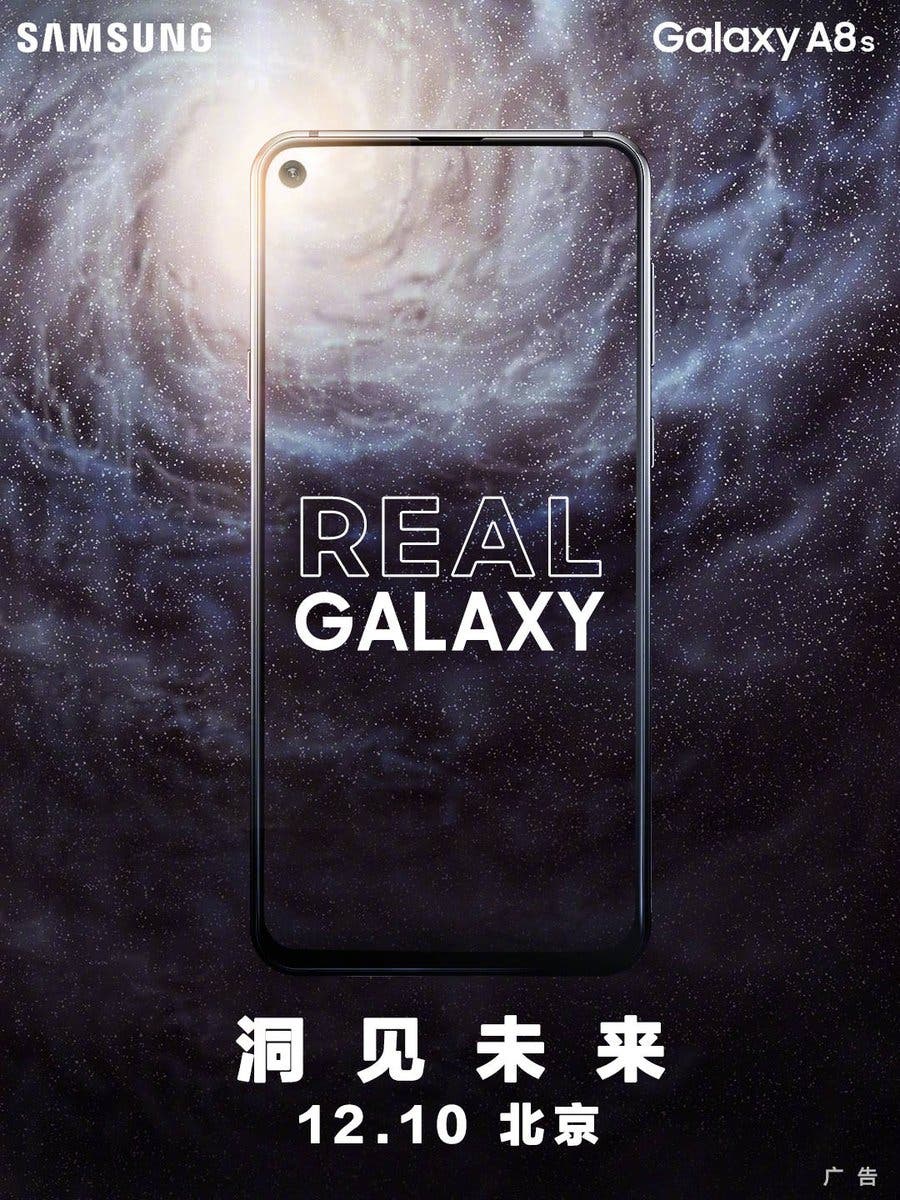 Other than the camera hole, the device is also expected to highlight a triple rear camera -similar to the Galaxy A7 2018, while it is been rumored to boot SD 710 with 6GB RAM, and Android Pie out of the box. It became apparent only a few days ago that Samsung might be ditching its own OLED display for a cheaper LCD made by Chinese manufacturer BOE. This company isn’t known or have a strong reputation like Samsung or LG, but currently is the main supplier of Huawei’s Mate 20 PRO AMOLED display.