While there has been an uncountable number of leaks about Samsung’s and Huawei upcoming phones with pinhole cameras, Vivo, on the other hand, is also gearing up for the launch of the successor to its bezel-free Vivo Nex released months ago.

Today, a Geekbench listing reveals that the Vivo NEX 2 will be powered by a Qualcomm Snapdragon 845 SoC and come with up to 10GB of RAM.

In a single-core test, the phone reached 2220 points and scored 8467 points in the multi-core test. Both the scores are in line with what we expect from a smartphone powered by the Snapdragon 845 chipset. On the software front, the device is currently being tested on the latest Android 9 Pie operating system. 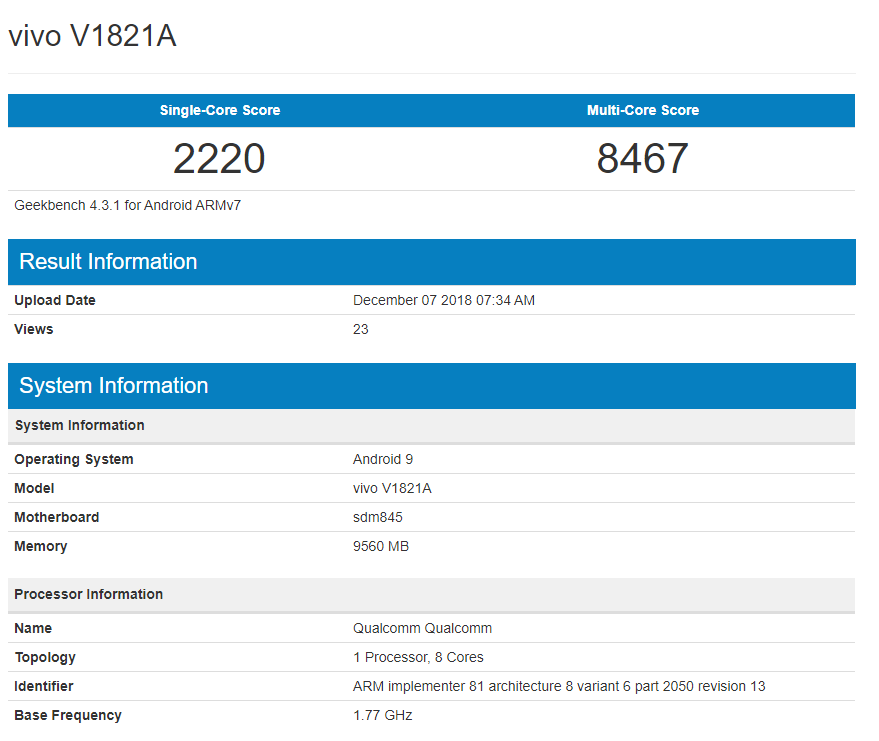 Earlier this week, Vivo teased its Vivo NEX 2 smartphone revealing that it would come with triple rear cameras and dual displays. Thanks to the second screen at the rear, a selfie camera on the front is no longer required, helping maximize the screen-to-body ratio. Users can capture selfies using the triple-camera setup on the back of the device.

Vivo has officially confirmed that the smartphone will be launched in China on December 12, so we will not have to wait very long to find out everything about the next Vivo flagship.

Next Meizu To Launch Snapdragon 855 Phone, But When?