Apple set the pace for screen notch with the iPhone X, and virtually every smartphone maker embraced the notch and that is probably why you see notches everywhere you look this year. And at a time where that is becoming obsolete, its a bit surprising that there are a few other OEMs that are yet to embrace the trend. 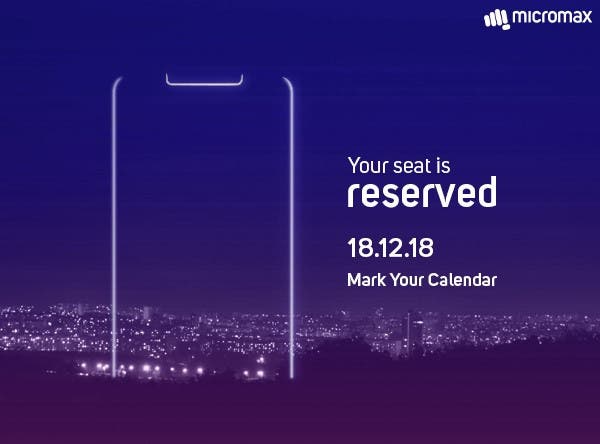 The invite has the image of a Micromax phone with a wide notch, and it further says the launch will be taking place on December 18. The firm is also hyping the launch on social media where it is currently using the tag #AboveTheRest and also asks Does the Powerful excite you?

Specs, as well as design details, are scarce at the moment, however, we expect to see more in form of official teasers in the next few days, since the countdown has only just begun.