Samsung’s foldable phone is coming next year, that’s certain. Now they question is: how much will it costs? Previous rumors had the handset costing over $1500 and some thought that’s solely because of the “wow factor” or because it’s a “new toy” and as such it MUST be expensive.

Well, according to a research from CGS-CIMB, a Korean agency that estimates the BOM (Bill of Materials) of upcoming phones, the upcoming Samsung Galaxy F might very well be the most expensive phone ever to produce (at least on a large scale).

As you could expect from a phone that taunts to pack a foldable display, the 7.3-inch screen is indeed the pricier item on the list, we then have other components such as the motherboard, processor and memory at around $80.

All the hardware above plus the missing pieces add up for a total BOM cost of $636.7. Alright, so will the phone cost that much? Of course not! 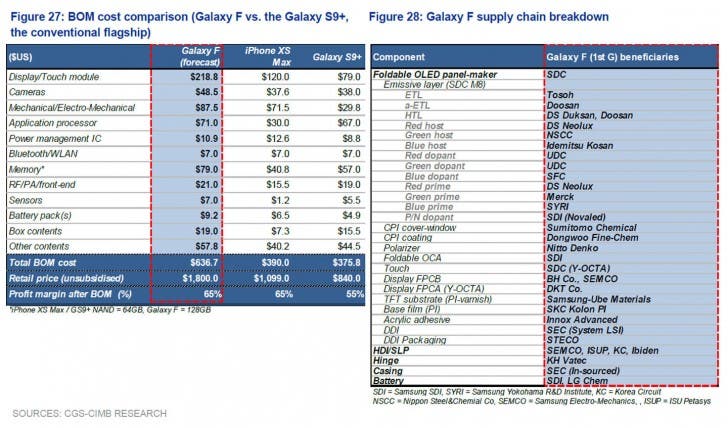 We have to add in a profit margin of around 65% and there you have to final price of $1800. While the Korean company main goal is definitely to profit from this novelty, we shouldn’t consider them too greedy. If we look at the latest iPhone XS Max, for example, Apple goes for the same 65% profit margin, which is really hard to explain since the phone is just a retouched iPhone X.

On the other side, Samsung worked on the Galaxy F for lord knows how many years, meaning an incredible amount of money spent in R&D, testing, creating working prototypes and whatnot. So a 65% is the minimum they can go for. 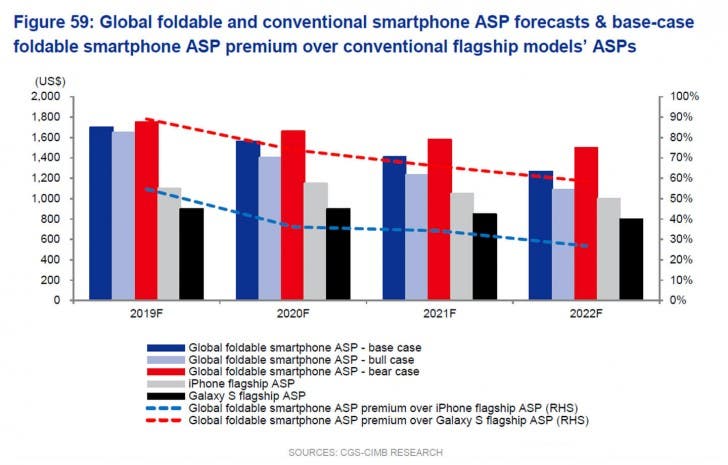 So, while the first “proper” foldable phone (we believe the FlexPai really isn’t worth considering) will be quite pricey and a niche product, Samsung can’t really “drop” the price to the $1000 mark, which is what we’ve accustomed to in the past years.

Oh well, Samsung being Samsung, the Galaxy F will probably drop to $900 after a couple months!

Previous These colors might be exclusive to the Galaxy S10 Lite