Chinese manufacturing giant, Lenovo is getting set to unveil its new smartphone, Lenovo Z5s and this should be its last device for the year. As the launch date draws closer, we see more rumors and leaks some of which will turn out to be accurate. Now, a couple of images just appeared on Weibo which shows that the Lenovo Z5s will have a Ferarri Edition which will be powered by a Snapdragon 845 SoC coupled with 12GB of RAM and 128GB of internal storage. This device uses a gradient design rear and it appears just like the Huawei nova 4. 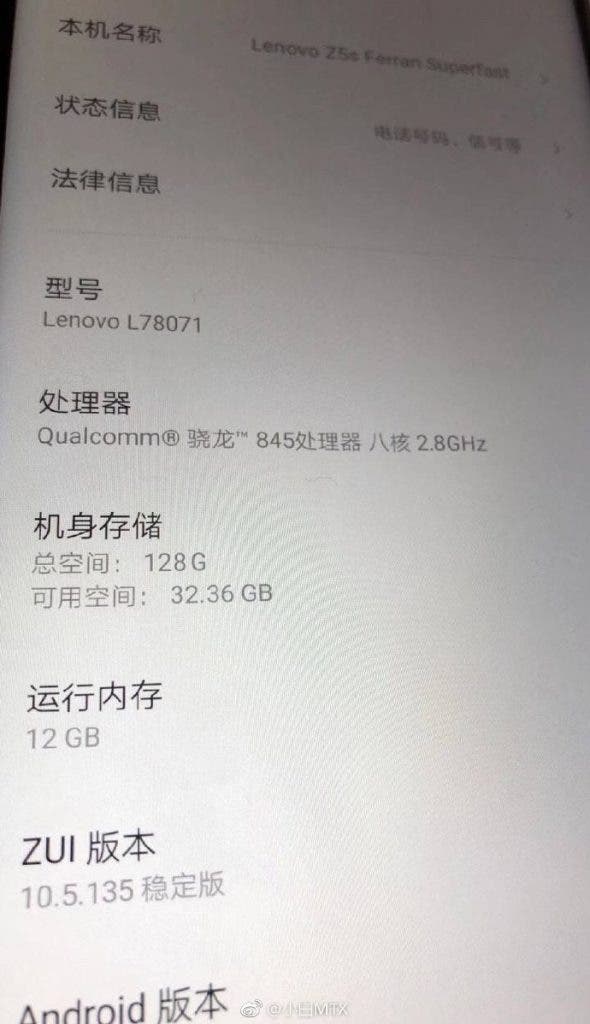 From this recent report, the Ferarri edition will obviously be a higher-powered smartphone from the regular version but it is not clear if there will be significant changes in its design. We expect to see some little changes similar to what OnePlus did with the McLaren edition of the OnePlus 6T. 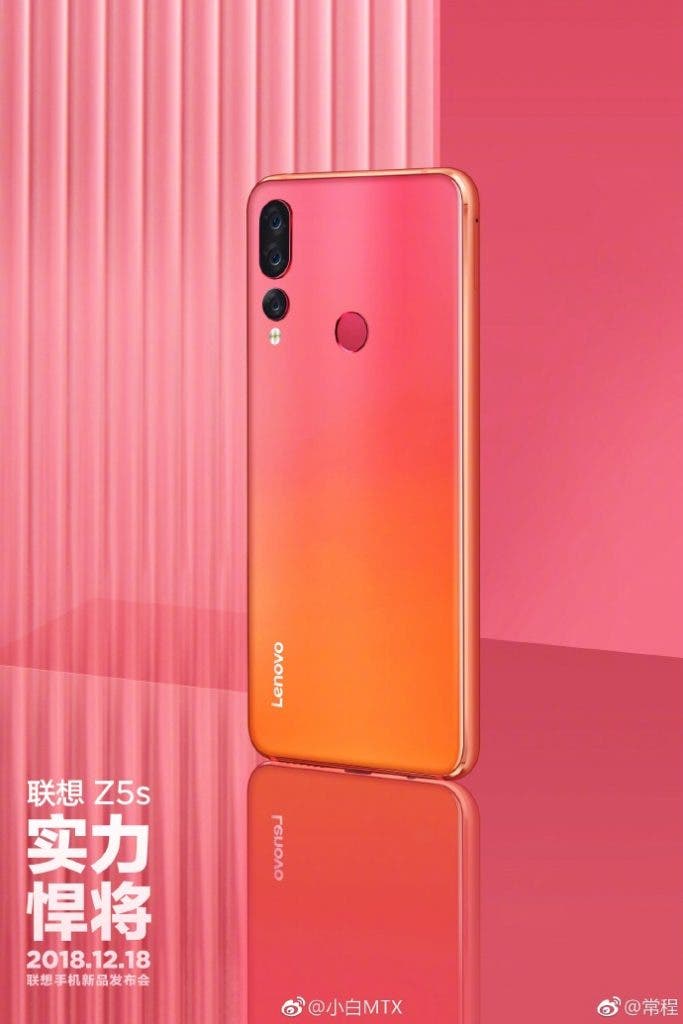 In the latest teaser, the Lenovo Z5s  will be powered by the unreleased Snapdragon 678 chipset while running Android 9.0 Pie out of the box. Some believes that it’s going to be Snapdragon 710 and not 678. In some leaks that we’ve seen earlier the Lenovo Z5s will have a 6.3-inch panel with Full HD+ resolution and its light will be kept on by a 3210 mAh battery with support for 18W fast charging. It uses a triple rear camera setup, an LED flash, and a rear fingerprint sensor