Well, we can’t say that ZTE is yet to enter in the foldable smartphone segment after the 2017’s ZTE Axon M can be considered a foldable device, however it still uses two separate 5.2-inch displays that are connected by a hinge. This isn’t the same solution that is going to be used next year by Samsung, LG and other companies, that uses a display that can be folded. Apparently, ZTE is pretty aware of this situation and is already studying ways to implement the same technology. 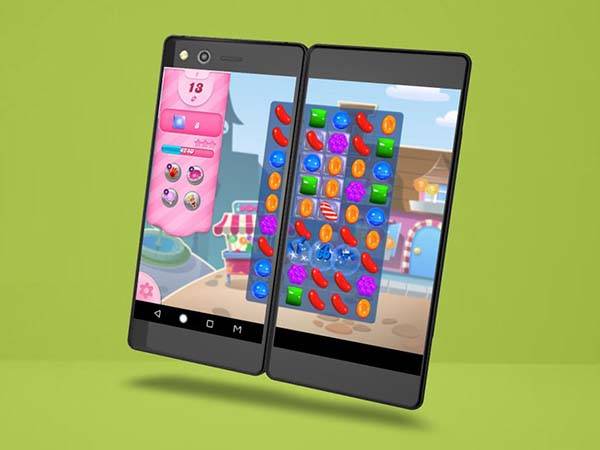 The Chinese company filed a design patent application earlier this year with the China Intelectual Property Administration, which has just been published by the organization. This new patent reveals an external screen in front. On the back, the device houses the fingerprint scanner and dual-rear camera setup. When the display is unfolded, the device becomes a tablet. While ZTE didn’t specify the actual size of the Tablet-experience, it’s safe to assume that it’s two times wider than the standard external screen. Worth noting, that unlike Samsung, ZTE’s experiment has the same height for both the internal and external screens.

Back in Q1 2018, ZTE was pretty comfortable with the fourth largest slice of the smartphone market, however, due to all the mess caused by the U.S. export ban, Motorola took its place during the second and third quarter of this year. With the persistent troubles and with the U.S. government accusing ZTE and its compatriot Huawei of being national security threats, it’s a bit doubtful that a ZTE foldable smartphone will arrive with full force to compete with Samsung, LG and others, especially in the U.S. market.