Today, South Korean manufacturing giant, LG, unveiled its new mid-range smartphone for a whopping 499,400 won ($447) which appears to be rather excessive considering the specs of this device. LG has an event at CES a few days from now but the company opted to announce this smartphone ahead of its CES event which is probably packed full. 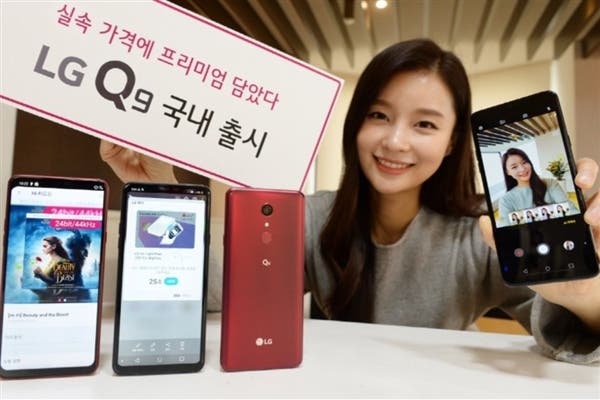 The LG Q9 official announcement was made in South Korea. This smartphone comes with a 6.1-inch FullVision notched display with a resolution of 3120×1440 and a screen aspect ratio of 19.5:9. This smartphone is powered by two years old Qualcomm Snapdragon 821 processor built on a 14nm process and uses the Kryo architecture. Qualcomm said that compared to the Snapdragon 820 processor, the Snapdragon 821 has improved performance by 10%, and the Adreno 530 GPU has improved graphics performance, computing power and power consumption by 40% (compared to the Adreno 430).

In addition, LG Q9 is equipped with 4GB of RAM. In the camera department, we have a front 8MP shooter which is supported by a 16MP single camera. Yeah, weve got a single camera each on both sides of the LG Q9 which the company hopes to sell for $400+. The single camera setup on both sides does not mean that the imaging effect will be poor but it is not encouraging either. Having a 3000 mAh battery on a $400+ phone is abysmal but that is all the LG Q9 has to offer.

This smartphone also offers Android 8.1 OS and support IP68 dustproof and waterproof. It is worth noting that the LG Q9 is equipped with a Hi-Fi Quad DAC system that reduces distortion and noise by more than 50% for clearer sound quality. Its completely regretable to say that LG has probably lost touch with the current proceedings in the smartphone industry and apart from the 6.1-inch FullVision display with a flaghsip resolution, there is nothing worth the price in this device.

Next ALLDOCUBE M5XS available now with a 40% discount !