While CES is mostly a stage for OEMs to showcase laptops, GPUs, CPUs and the like, there are occasions when we do see some new smartphones as well. We recently reported that Lenovo would be announcing a special edition Lenovo Z5s at the ongoing CES 2019. Now, it’s turn of Nubia to surprise. The Chinese company took to Weibo today to announce that it also has a surprise up its sleeve for CES 2019 and it will be present at the Las Vegas Convention this week. 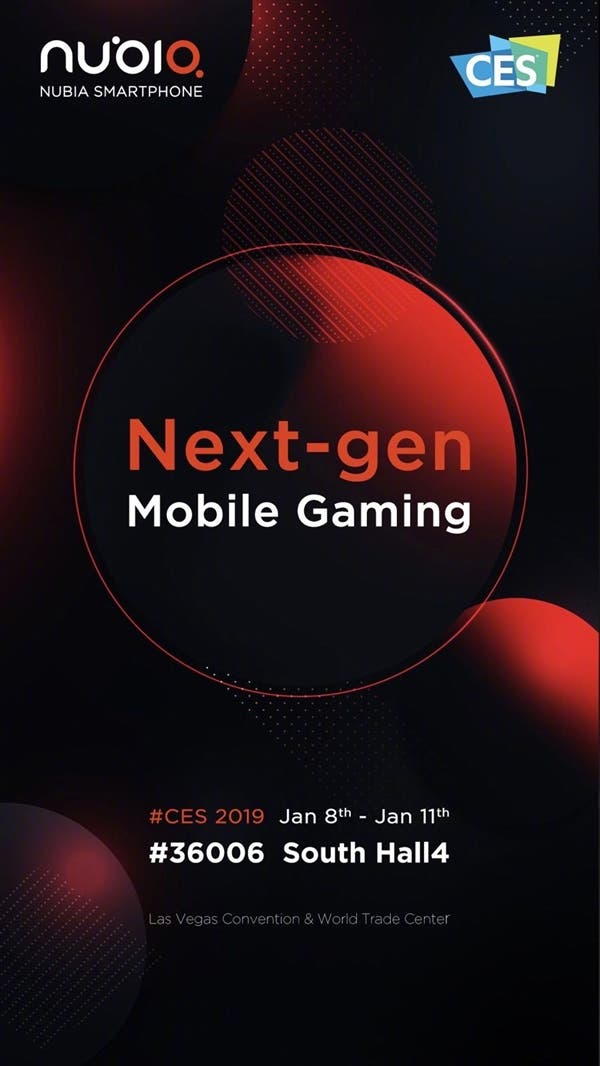 Nubia teased a gaming smartphone for CES 2019, however, it isn’t known which device this could actually be. Most assumptions would lean towards the Nubia Red Magic Mars that was revealed last month, but there are rumours of a different gaming device.

Except for the completely cryptic announcement, there’s nothing more Nubia has shared about the gaming smartphone. If it is a global debut of the Red Magic Mars, then the calibre and specs of the said device are very well known. The company just finished launching the first-gen Red Magic gaming phone in India last month and it has been remarkably slow to bring new devices to global shores.

Next Meizu Note 9 already in the works, tipped to feature 48mp CAMERA

CES 2019, MUJA: A revolutionary gamepad you never played with before