A few weeks ago there was already an update for the Nokia 8 to the lastest Android 9 Pie, and now the update has reached the Nokia 8 Sirocco as well.

Many users has reported the arrival of the new firmware, so international distribution should have started these days. Not every device is supplied immediately, so you may have to wait for some few days.

Like any other phone, upgrading to Android 9 Pie gets the Sirocco App Actions, Slices, Adaptive Battery, and a host of UI design tweaks. For those worried they’re spending too much time on their phone, Digital Wellbeing features such as App Timers and Wind Down will be welcome additions. 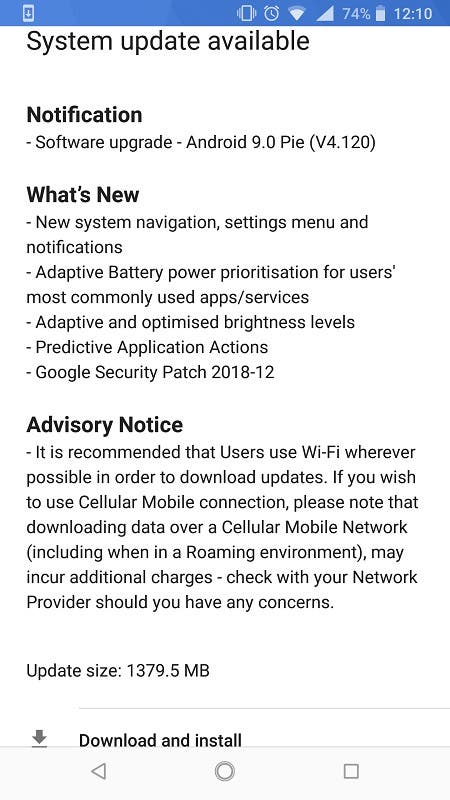 It is worth to mention that one of the smartphones which the tech world anticipates this year is the Nokia 9 PureView. There has been numerous leaks and speculations regarding this smartphone but the latest promo video appears to be the most authentic leak so far.

As we all know, the Nokia 9 PureView will be the first-ever smartphone with five rear cameras. In addition, it will be equipped with a 5.99-inch 2K display with HDR10 support. It also has an in-display fingerprint scanner and runs on Android One based on Android 9 Pie. This smartphone will be powered by a Snapdragon 845  SoC coupled with 6GB of RAM and 128GB of internal storage.

Next Shopping on Ebay for chinese gadgets ? Well, maybe you should