Xiaomi MIX 3 was listed on the UK market a few days ago and it comes with a £449 pounds starting price. However, this is the 4G version of this smartphone which is powered with a Snapdragon 845 SoC. According to Xiaomi’s previous notice, the Snapdragon 855 version of the Mi MIX 3 which will also support 5G network is planned to be launched in Europe in the first quarter of this year. Now, new speculations suggest that Xiaomi is expected to launch the Xiaomi  Mi MIX 3 5G version on February 24. 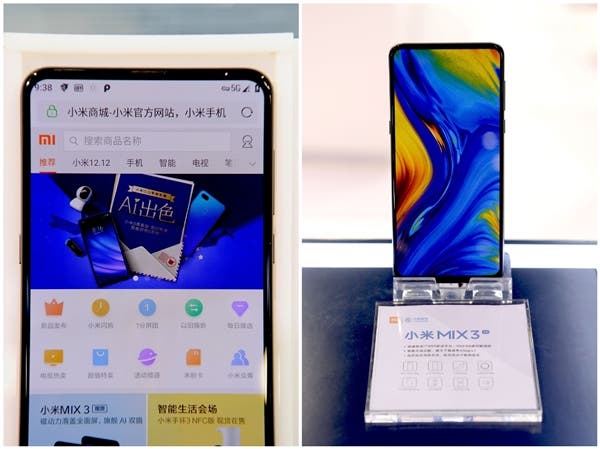 This time is unique because February 25th is the opening day of MWC 19 (World Mobile Communications Exhibition), that is to say, Xiaomi is likely to hold a pre-MWC exhibition in Barcelona where it will officially launch the Xiaomi Mi MIX 3 5G version to the European market.

For Chinese users, Xiaomi plans to cooperate with China Mobile’s to release the Mi MIX 3 5G version in the third quarter of this year. After all, Europe and America are the first to lay the high-frequency millimeter wave (mmWave) that Qualcomm X50 baseband needs. Of course, the Mi MIX 3 5G version may not be the first 5G smartphone to hit the market. in the domestic market. We recently saw a smartphone from Xiaomi codenamed “Cepheus” and there is no telling when this device will be launched.