According to preliminary data from the International Data Corporation (IDC) Worldwide Quarterly Mobile Phone Tracker, smartphone vendors shipped a total of 375.4 million units during the fourth quarter of 2018 (4Q18), down 4.9% year over year and the fifth consecutive quarter of decline.

The emerged data indicate that it is the worst year ever for smartphone shipments with global smartphone volumes declining 4.1% in 2018 with a total of 1.4 billion units shipped for the full year. With challenging market conditions continuing into the first quarter of 2019, the likelihood of a declining market this year becomes more of a reality. 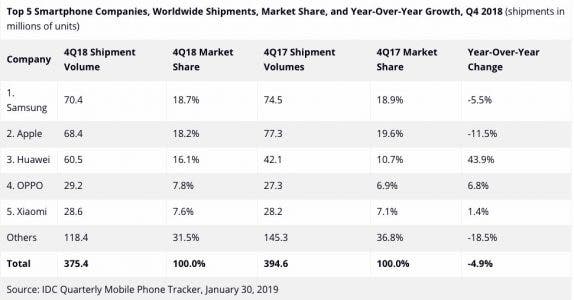 Followed by the Chinese manufacturers mentioned above (with Vivo in sixth place), all growing on an annual basis, especially Huawei which is positive for 43.9% with a share that in Q4 of 2017 it was 10.7%, now reaches 16.1%.

On a worldwide basis, the top 5 smartphone companies continue to get stronger and now account for 69% of smartphone volume, up from 63% a year ago. If vivo is included, which is currently number six and has been in and out of the top 5 in recent quarters, the share of the top companies is 75% and growing. While the market faces some very serious challenges in general, none are greater than the challenges facing the brands that continue to lose market share and channel positioning. 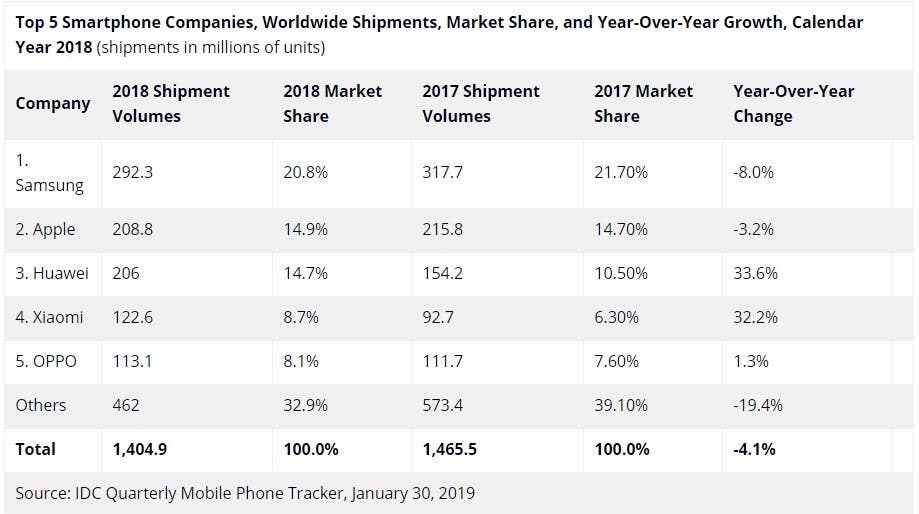 Next LG mobile segment sees another drop in revenue; hoping for a comeback in 2019