The global dark mode is expected to be one of the biggest new features brought by Android Q this year. Dark mode, as its name suggests, allows users to play with their phones at night without glare and reduce eye strain. But in addition, it can also take advantage of the fact that the dak mode does not emit light, and then with the adaptive battery, improve the battery life of the phone to achieve power saving effect. 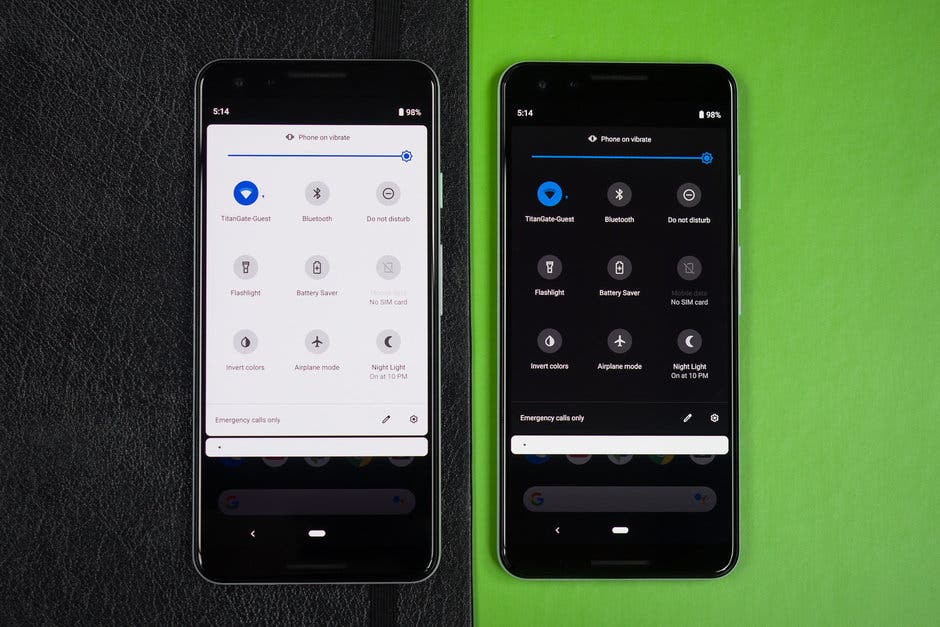 But how much battery power does it save? To answer this question, PhoneArena did a test. The test used a Google Pixel 3 phone and set its screen to a fixed brightness at the average, then observed how the phone’s power consumption would change by switching the default appearance of the phone interface to a dark theme.

According to the test results, the basic application that comes with the phone can save up to 50% of the power! Throughout the test, the staff performed tasks such as opening the phone book, dial, recent call lists, settings menu, quickly searching for Google, and scrolling through search results. The resulting power measurements show while browsing or using some basic applications on Pixel 3, its power consumption can be reduced by 30% when the dark mode is applied. Especially on a white background dominated display screen, such as a phone book.

Dark mode also affects the power consumption of third-party applications, saving up to 20%. Facebook Messenger is a bright white background app that saves about 20% of the power after using dark themes, and the battery life of the phone will increase by 14.8%. According to tests, the power consumed by the phone during use is to illuminate its display, and many applications choose to display black text on a white background which consums a lot of power. The general conclusion is that the upcoming global dark mode on Android Q will significantly improve the power consumption of smartphones.

Next Apple postpones the repair of FaceTime vulnerability, to release the patch next week