It’s generally in the last few weeks of a Galaxy S series launch that the rumour mill goes into overdrive spewing out all kinds of leaks and info untill very few is left for Samsung to reveal at the official event itself. Well, we’re currently in that phase and we now have renders of the Galaxy S10e. Yes, not S10 Lite, but S10e. That’s what the source of the leaked press renders believes the cheapest Galaxy S series phone will be named as officially. 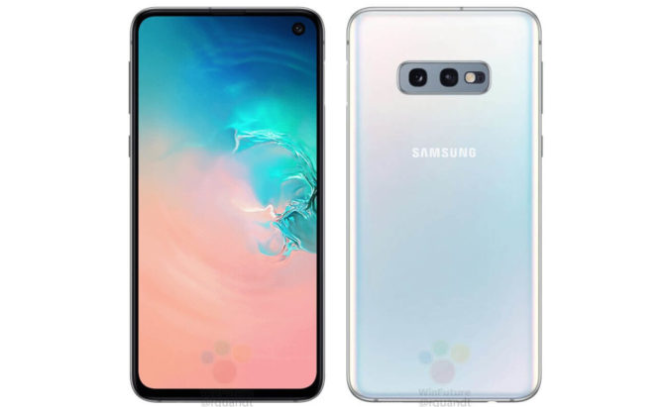 Looking at the press renders, it doesn’t come as a surprise that Samsung is using the punch hole display as previous Galaxy S10 press renders showed a similar implementation and we’ve been expecting this ever since the Galaxy A8s went official. The difference though is that the S10e won’t have a curved display while the other two S series models will. Moreover, another big difference lies on the rear side. The S10e will come with dual cameras while both its bigger siblings will feature triple rear cameras.

A common feature across all three models seems to be the evident lack of a visible fingerprint reader. This could mean that Samsung will employ an in-screen sensor while some rumours have suggested a sensor embedded in the home button. This has been implemented in a couple of previous Sammy devices so it could be on the Galaxy S10e.

The launch takes place on February 20th in San Francisco.