Meizu – the Chinese firm that recently claimed the glory of making the first holeless phone is reportedly preparing for the launch of a new premium phone soon. The company’s CEO Jack Wong gave the confirmation back in January revealing that the device suspected to be the Meizu Note 9 will be powered by the upcoming Snapdragon 6150 chipset.

Although the company has yet to confirm the official launch date and the real identity of the said device, reports say it will launch as the Meizu Note 9, and now, alleged to be the Note 9 has been certified in China by the country’s TENAA.

While the full specs are yet to be uploaded, previous reports say the device is tipped to come fitted with a 48-megapixel primary rear camera sensor which is the same sensor featured in the Redmi Note 7 and the View 10 from Huawei’s Honor. It remains to be known if the sensor is Sony’s IMX586 CMOS 48MP sensor or Samsung’s  48MP sensor. 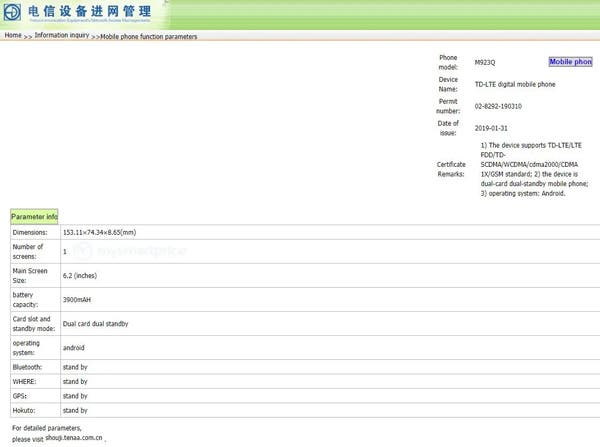 We will keep you updated with the full specs as soon as they surface on TENAA, keep a tab on us.