The Nokia 9 Pureview seems to have leaked once more in the form of an official press render before its official launch at MWC 2019. The renders show the phone in a dark blue color with its five rear cameras.

These cameras are configured with two 16-megapixel sensors, one 8-megapixel and another 5-megapixel, but the function and the resolution of the fifth camera and the other sensor remains a mystery. 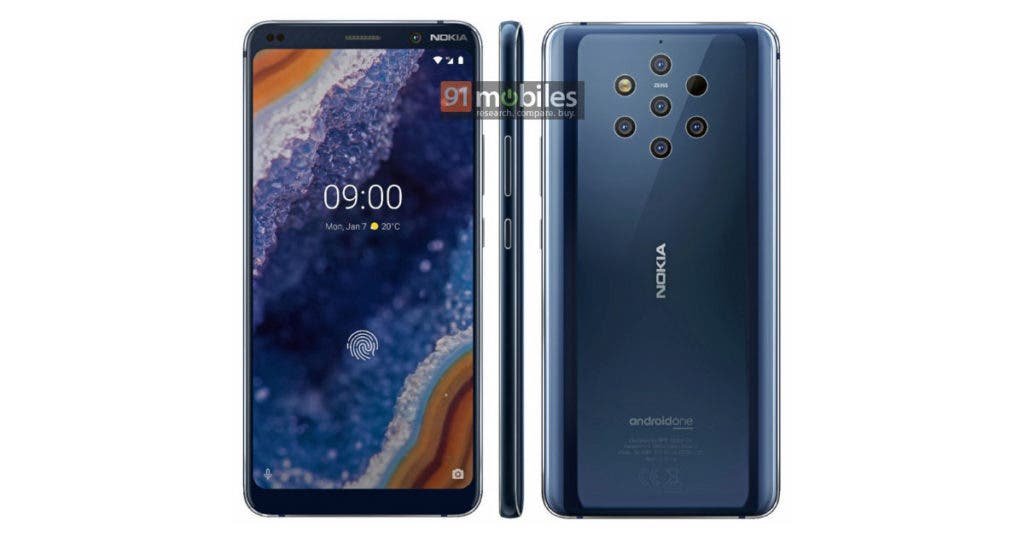 As with other recent Nokia devices, the cameras are expected to be Zeiss Optics while the microphone hole is located just above the cameras, but there are no other elements on the back panel, not even a fingerprint reader. That scanner has been placed directly under the 6″ AMOLED screen with 2K resolution, which will be surrounded by relatively thick frames.

Apparently there could be two versions of the device, one with Snapdragon 845 and another with the more modern Snapdragon 855 , which would be accompanied by 6GB and 8GB of RAM respectively. It is expected that there will be a fast charge battery of 4,150 mAh capacity together with a USB port type C.