Motorola’s current flagship is still the Moto Z3, that was released in August 2018 packing some controversial specifications. Along with it at the special Chicago event, the company showcased its 5G Moto Mod, hoping to attract some additional attention to its smartphone due to the growing hype for 5G networks. The accessory was expected to come with additional 2,000mAh of battery and the Qualcomm’s X50 5G Modem. The months passed and the 5G Moto Mod gone in obscurity.

Back in the last month, Motorola released a software update for the Moto Z3 adding support for the unreleased accessory. Now a new FCC certification has popped out indicating an imminent release for the accessory. The Moto Z3 isn’t the most compelling device out there, but Motorola is still convinced enough to bet on this new 5G Moto Mod. 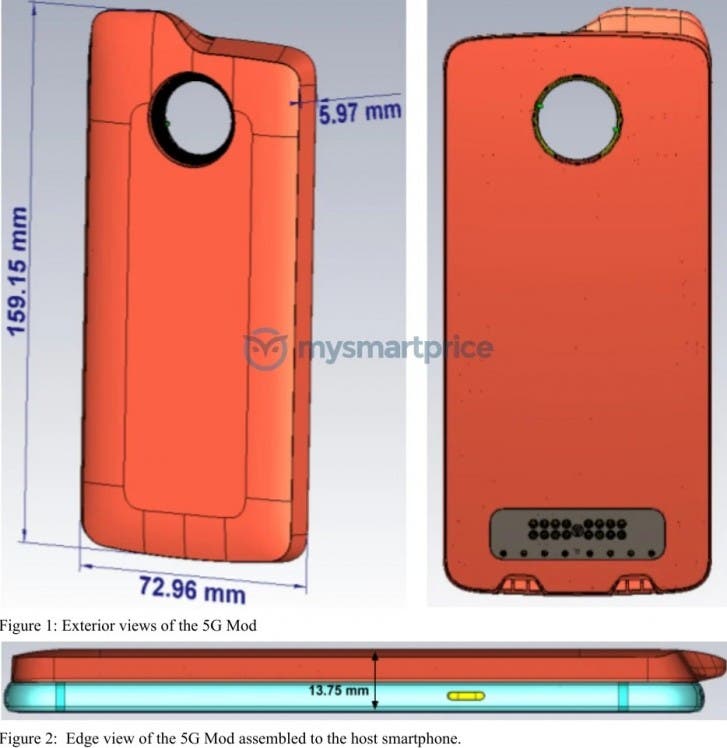 There’s still no word on actual pricing or availability of the product, but since it already passed the whole FCC process of getting certified and ready for commercialization in the US is a good hint that the launch is pretty close to the shores. According to the encoded sketches the design and dimensions of modules haven’t really changed after its announcement. The 5G Moto Mod measures 59.15 x 72.96 x 5.97mm which is taller than the Moto Z3 due to the inclusion of a protruding antenna.

When snapped in the smartphone it makes the entire package 13.75mm thick and with a combined weight of 281 grams. The new mod is design to only support Verizon network and has a separate non-removable SIM or eSIM module, which limits is versatility and consequently its usability. Also worth noting, that until the moment, there’s no hint of other Moto Mod compatible device, besides the Moto Z3.

Previous Apple may now have its foldable iPhone in the works

Next Realme 2 Pro gets a price cut in India