Realme India CEO Madhav Sheth back in January hinted that Realme 3 will be released sometime in the first quarter of 2019 and that Realme is developing a 48 MP mobile phone too. That time is nigh, as we are now beginning to hear murmurs about the firm’s 6th smartphone – the Realme 3.

The OPPO spin-off brand earlier today released a teaser image that points to the India launch of the Realme 3. Although the teaser makes no direct mention of the Realme 3, it does has the tag “Let’s see if you can put 1 and 2 together” accompanied by an image depicting the retail box of the Realme 1 and the Realme 2, which is a clear hint that the firm wants to set the rumor mill buzzing about the imminent arrival of the Realme 3.

Separately, Realme India CEO Madhav Sheth shared the same image as posted by Realme India  with the caption “Realme 1+ Realme 2 = Best Power and Best Style in the same segment.” – a hint that the upcoming Realme 3 will bring all that was cherished about the Realme and Realme 2 in one package. 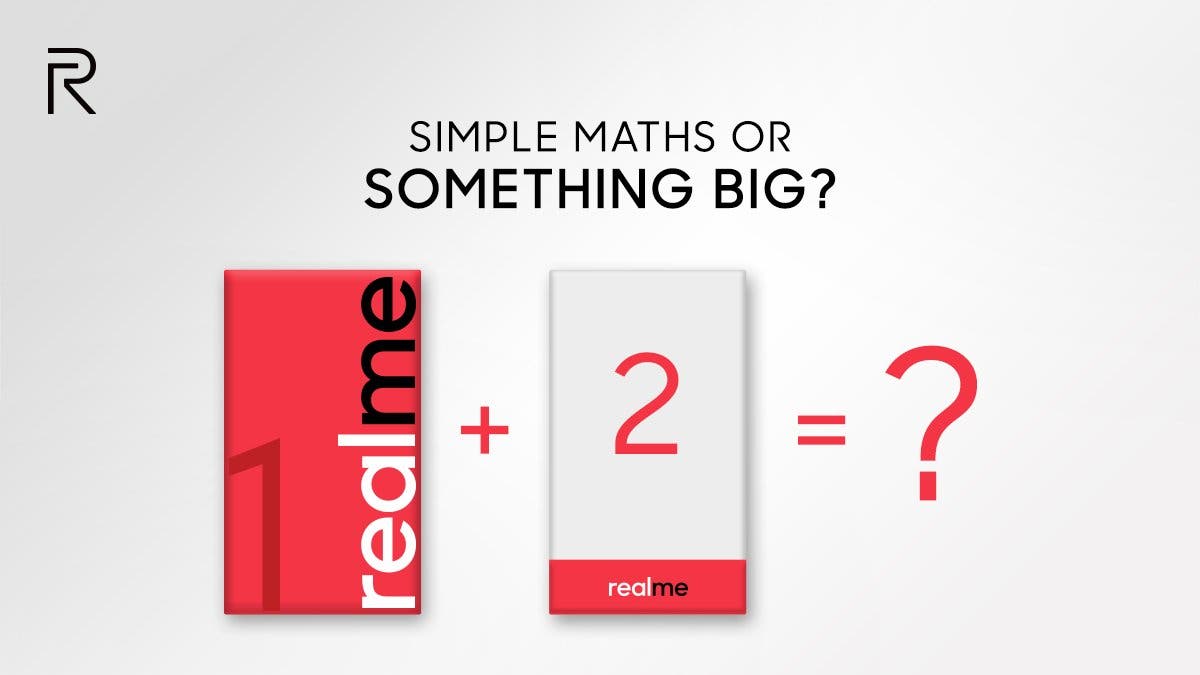 Details about the device are almost non-existing, and speaking of the phone’s imminent launch, the firm had earlier revealed that we will see the device in Q1 of 2019, so there are chances it will arrive later this month or sometime in March. We’ll have to wait for more official teasers or leaks to get a glimpse of what the upcoming device holds.