The Nokia 9 PureView smartphone was finally launched yesterday in MWC. After plenty of leaks we get our first official look and see what a Nokia Five camera device can do.

First things first , The cameras! there are a total of six on the phone. Five on the back and one on the front. Before we get to the cameras , does the pattern of cameras remind you of any other camera? Remember Light? The company that put 16 individual camera units into one device. This is exactly the company that Nokia partnered with to make the device.

You may ask , Nokia has always experimented with cameras in the past by itself. Why bring in another company this time?

Lets look at what the camera do and its specification to understand more. The Nokia five camera smartphone has only 12 mega pixel sensors. No fancy lenses or difference in pixel count. The only difference is that three are monochrome and two are full color cameras. Nokia claims they work as one single large camera. Here is the problem , The Snapdragon 845 that it runs on cannot handle five cameras at once.

This is where Light comes into picture. Light is an expert in computational photography. They use algorithms to intelligently combine pictures from multiple cameras into one large high quality photo. Just like how it was done on their 16 camera device. Nokia , Light , Zeiss and Qualcomm had to work together to make this happen. Light developed a special chip it calls the “Lux Capacitor” to share the camera function with the Snapdragon 845. 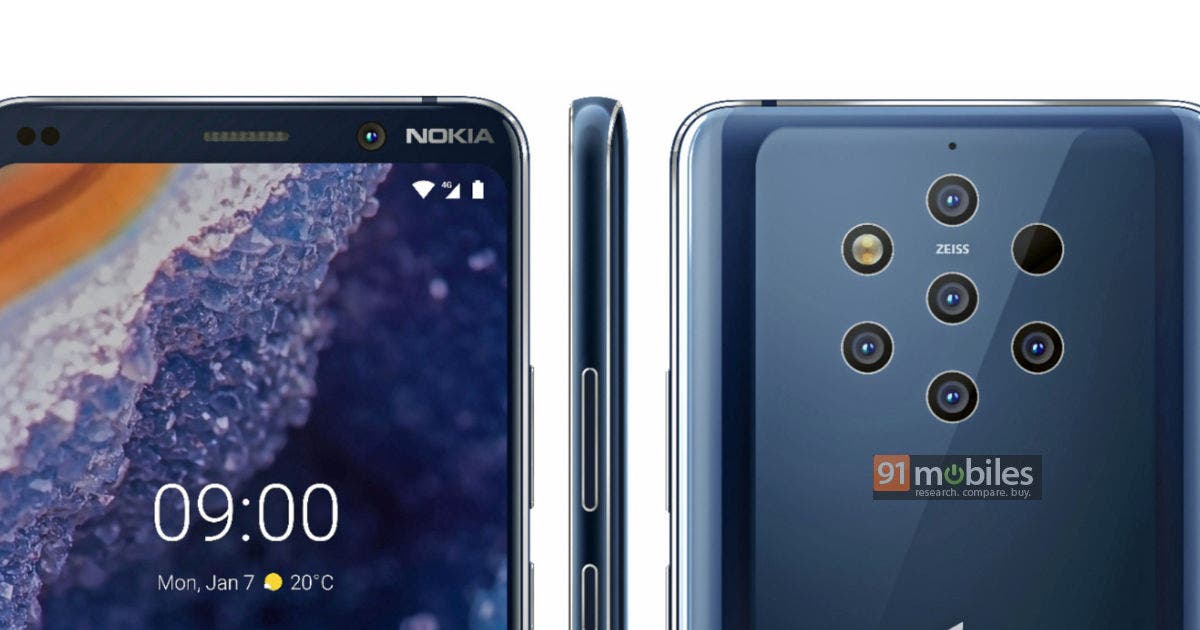 The main reason for the 5 cameras are their ever slightly different field of view. This difference can be combined in an algorithm to get a sense of depth. This Nokia five camera device can receive a whopping 1200 layers of depth data. While normal dual , triple camera phones only have about 8 or 12. The monochrome sensors specialize in collecting light and detail. While being unburdened from capturing color data. Best of all , this depth and RAW information are saved separately so if a user or developer wishes , they can further use this to improve the quality , change bokeh effects , adjust the focus and more. 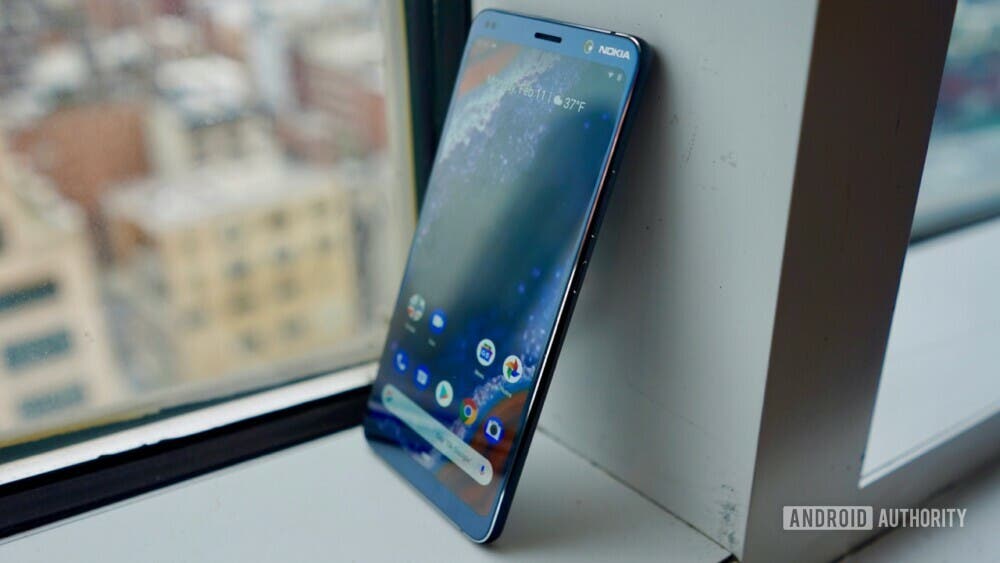 Rest of the device

Internally the Nokia 9 PureView will run on the latest version of android with quick updates and security patches thanks to being an Android One device.

The rest of the device is pretty great too. The Phone is made from 6000 series aluminium frame and gorilla glass on both sides. Interestingly , Nokia says the phone will only be available in blue.

Though Nokia launched this in 2019 amidst phones fighting to be the first to introduce 5G or to fold , They included last year’s processor the 845. We cant be sure why , but its probably to do with all the extra time and work it took to get the cameras working. Other than that the rest of the phone is on par with a new flagship. A 5.99 inch Quad HD OLED panel graces the front with a built in optical finger print sensor. A 20MP selfie camera sit on top of the screen.

128GB of storage and 8GB of RAM puts the device at par with most other flagships. A 3320mAh battery with wireless charging support finishes the package.

Externally the phone sits pretty flush with no major camera bumps at just 8mm thick all while being water proof (IP67) . This is an unique achievement in itself!

How much does a Nokia five camera device cost?

HMD Global (The parent company of Nokia) started by saying this device will only be available in a limited quantity. The device will cost about 699$. Availability time and location is sill unclear.

Next Is Apple planning to abandon Intel for a future of ARM based Macs?