At the MWC 2019, in Barcelona, Spain, HMD officially released the Nokia 9 PureView smartphone. It’s a great handset with a penta-camera design on the back. Sounds quite attractive, but it was overshadowed by many devices such as the Xiaomi Mi 9, Samsung Galaxy S10, Huawei Mate X, Samsung Galaxy Fold, etc. However, we should point out this brand is winning back its popularity, and the abovementioned model will help the company in reaching this goal. As for availability, some countries have already started accepting pre-orders. And today, we learned the phone will officially land on the US market on March 3, priced at $699, and will be reduced by $100 in the first week. Thus, this phone will be selling for $599 until March 10. 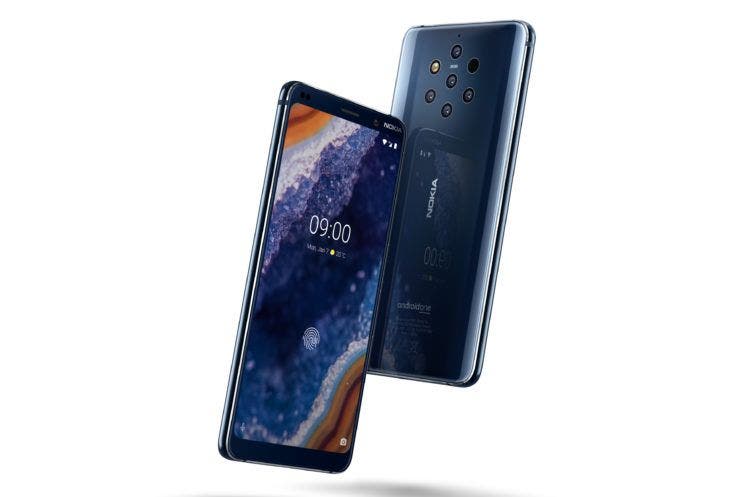 In order to understand whether $699 is relevant pricing or not, let’s recall the phone’s biggest selling point, which is the ZEISS five camera design. All lenses have a resolution of 12MP (f/1.8 aperture), and they are controlled by a dedicated ASIC chip, which can provide a secondary focus and an ultra-high dynamic range.

Unlike many multi-camera phones on the market, the five camera sensors work together to capture light and collect depth data to create a powerful photo. Nokia promises 12.4 stops of dynamic range, which is quite impressive for a smartphone.

In terms of graphics, the Nokia 9 PureView can capture images in RAW (DNG) format. So you can edit photos with the upgraded Nokia Pro Photo mode and Adobe Photoshop/Lightroom. The machine supports unique shooting modes such as local black and white, time-lapse photography, and more.

When it comes to video recording, the Nokia 9 PureView enables shooting in 4K at 30fps and 4K HDR.

At last, it features a 20MP f/1.8 camera with Tetracell pixel binning, which combines four pixels into one pixel in low light situations.