The Samsung Galaxy A40 first broke cover via an official support page which went live on Samsung’s German website earlier this week. While the support page had no details, a fresh report suggests the device could be landing in the old continent soon, perhaps first in Germany.

As per a report on Mysmartprice, the Galaxy A40 – the next in the 2019 Galaxy A series of Sammy’s mid-range phones will be priced at EUR 249 (INR 20,100 approx.) in most European countries. Although the report isn’t specific on the launch date, with increasing leaks and rumors, the actual launch date might just be around the corner. And while we cannot also confirm which country gets it first at this stage, the Galaxy A40 will no doubt launch in India, perhaps following its Europe debut given its resolve to churn out a new member of the A-series in the country every month for the next couple of months. 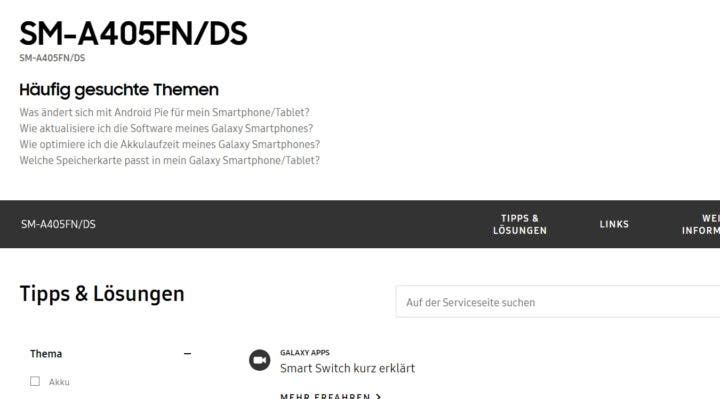 The Galaxy A40 as the name implies will sit between the Galaxy A30 and the Galaxy A50 which recently landed in India alongside the Galaxy A10. Sadly not so much has been revealed about the upcoming device at the moment, however, a Geekbench listing suggests it could launch with the Exynos 7885 SoC, while a few other rumors have it that it will come with the Exynos 7904 coupled with 4GB of RAM. Other rumored specs include a U notch Infinity display, a 4000mAh battery with 15W fast charging, support Bluetooth 5.0 and run on the latest OneUI on top of Android 9 Pie.