On the evening of March 5, Lu Weibing, vice president of Xiaomi Group and general manager of Redmi brand, posted an interesting photo sample of the Redmi Note 7 Pro, showing the super night scene effect of the handset.

Lu Weibing said that in the case of low lighting conditions at night, the Redmi Note 7 Pro’s 48MP (Sony IMX586) supports four-in-one technology to generate 1.6μm large pixels. So the single-pixel photosensitive area is four times the original. This not only makes the photos less noisy but also the overall brightness of the picture is getting higher. 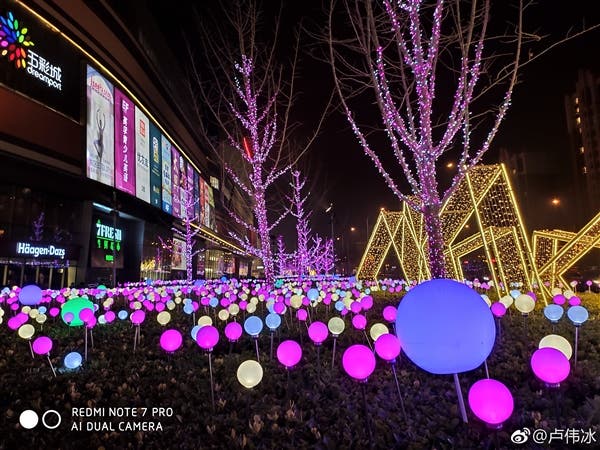 At the same time, the handheld super night scene combines multiple layers of intelligent exposure, noise reduction, correction, and AI anti-shake technology to synthesize a high-quality photo. Thus, there is no need for a tripod in dim light conditions, and a clear night scene can be taken keeping the smartphone in hand.

This model will be officially released in Beijing on March 18. At this moment, the phone has been announced in India only.

Previous Xiaomi will increase the prices of its smartphones