When Xiaomi Redmi announced the Redmi Note 7 in China and India weeks ago, it only introduced the device in 3GB RAM + 32GB storage and 4GB RAM + 64GB Storage,  but it turns out that over here in China asked for a more powerful variant via a Weibo poll, and today the company is offering a better, more powerful variant of the device that offers more storage space at 128GB and 4GB of RAM — but we are not sure if the new variant will be offered via the Mi store.

The new variant gets same color options as the other variants – Dream Blue, Twilight Red, and Bright Black color options, and it is expectedly a bit costlier than the 4GB RAM + 64GB Storage model. The device is listed in an online store in China with a price tag of at 1,499 Yuan making it 100 Yuan costlier than the 6GB model. 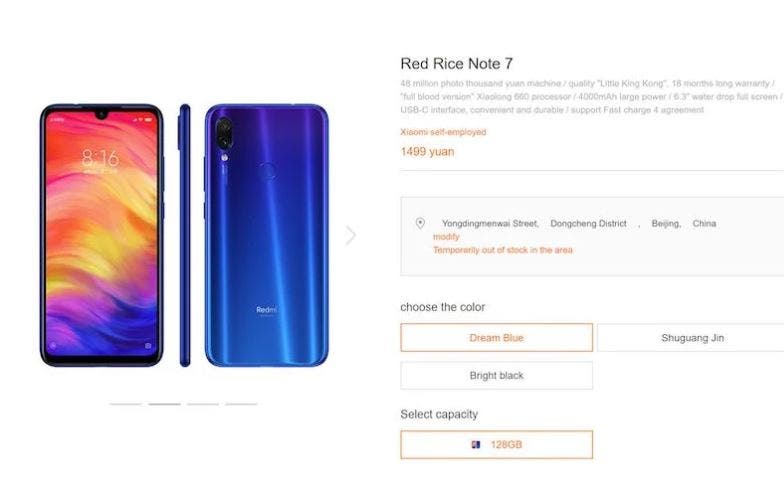 Aside from the Redmi Note 7 4GB RAM + 128GB Storage model, a new variant of the device with 6GB of RAM and 128GB storage is said to be in the works too, and with this model, the Redmi Note 7 will match the Note 7 Pro in terms of storage and RAM. While the 4GB RAM + 128GB model is getting a low key debut, reports have it that the GB of RAM and 128GB storage model will launch alongside the Redmi 7 in the country on March 18, more on the Redmi 7 and expected specs here.

Next Get some smart wearables from Gazechimp with our coupons