It looks like the single digit naming which was recently retired for devices with double digits names like the Galaxy A50, and the M20 isn’t dead yet. We say so as the real-life images of an unannounced Galaxy smartphone have surfaced online. Though not from official Samsung source, popular Evan Blas has tweeted live images of a supposed Samsung Galaxy A2 Core.

Although Blas hasn’t revealed what the device holds internal, the device looks much like the usual Samsung Galaxy phones in the low-end category. Horrible is the word especially if you are used to flagship or mid-range smartphones. It has a front facing camera, a compact display of unknown size with large chunks of bezels up and below with the Samsung logo engraved on the lower bezel. On the flip side, the device has a single camera with LED flash, and with no visible fingerprint scanner. The horrible looks notwithstanding though, it still feels nice to see Samsung churn out smartphones meant for the low-income earners. 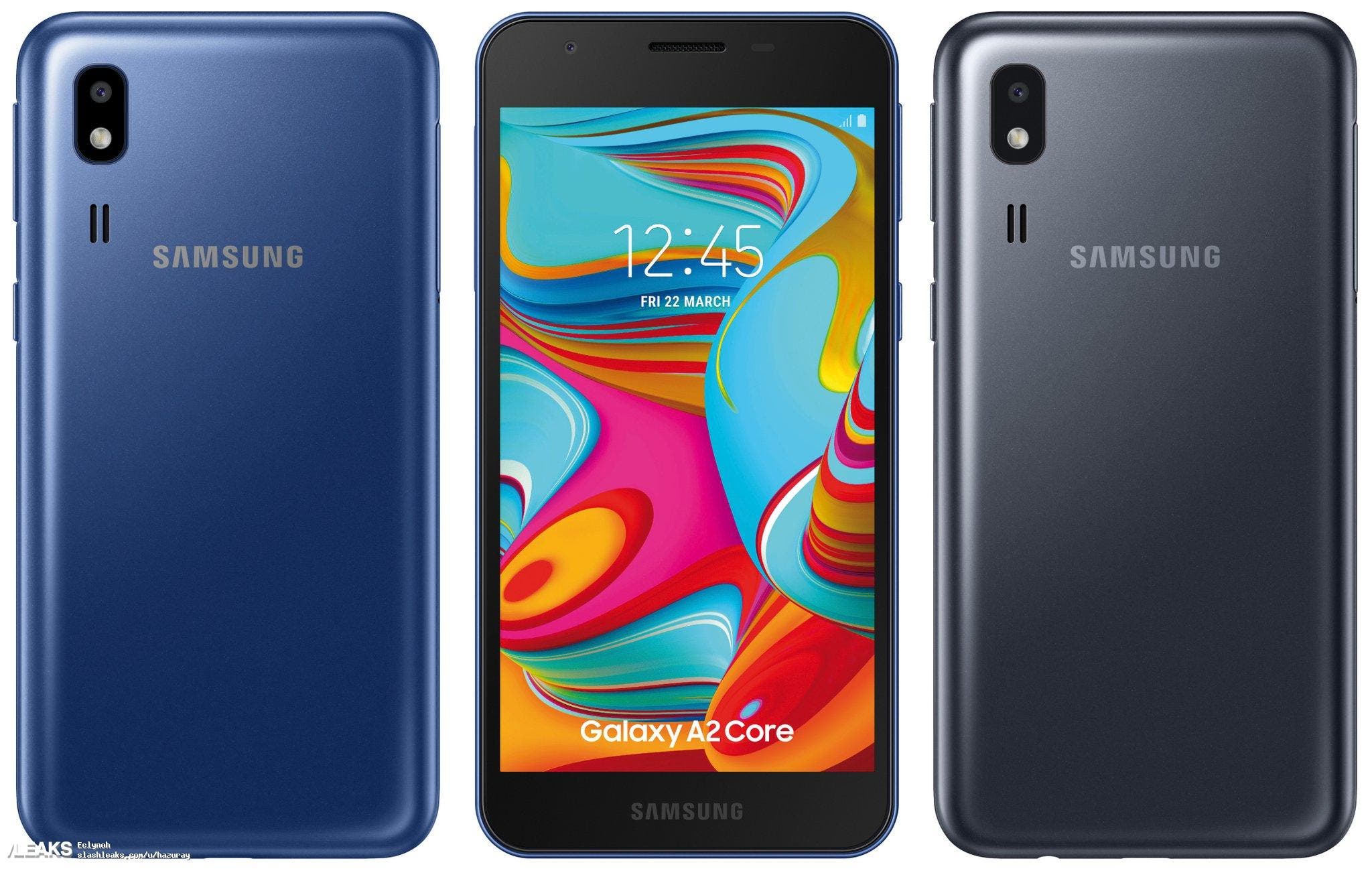 The leaked image is a testament that the Galaxy A2 Core will come in blue color hue, perhaps in addition to other color options. Details such as specs, launch date, and pricing are non-existent at the moment, but we will surely bring you details as soon as they surface.

Next Huawei: Mate 20X 5G version will give users a cheaper option