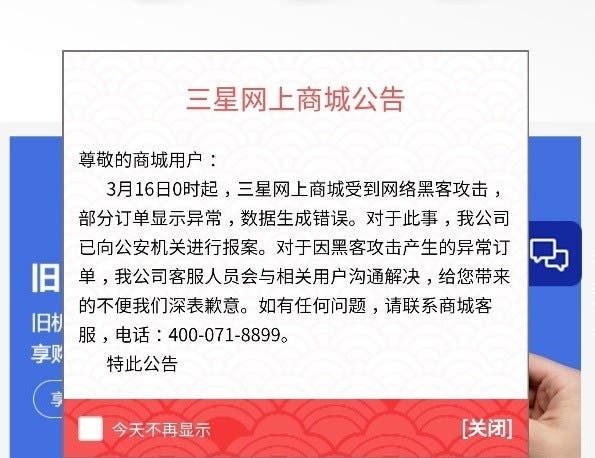 However, there were reports that Samsung Mall official website started malfunctioning such that you don’t even need a trade-in to place an order for these devices at the trade-in price. Some other products were also ordered for an outrageously low price. In this regard, Samsung online mall officially announced that at 0:00 on March 16th, Samsung Online Mall was attacked by cyber hackers. It said that some orders were abnormal and there were errors in data generation. The company has reported the incident to the relevant authorities and will communicate with users who were affected by the hack.

The following is the full text of Samsung’s response (translation is a bit rusty):

From 0:00 on March 16th, Samsung Online Mall was attacked by cyber hackers, some orders were abnormal, and there were data generation errors. For this matter, our company has reported to the public security organs. For abnormal orders caused by hacker attacks, our customer service staff will communicate with relevant users and we apologize for the inconvenience. If you have any questions, please contact the customer service on the phone: 400-071-8899.

Next Huawei confirms it will launch the P30 Pro in India