The Huawei P30 series will debut in China on April 11. And while the European pricing is already out, the Chinese pricing is still under wraps and it has now leaked right now. A fresh post on Weibo has shed light on the pricing of both the P30 and P30 Pro along with its variants in detail. Check it below. 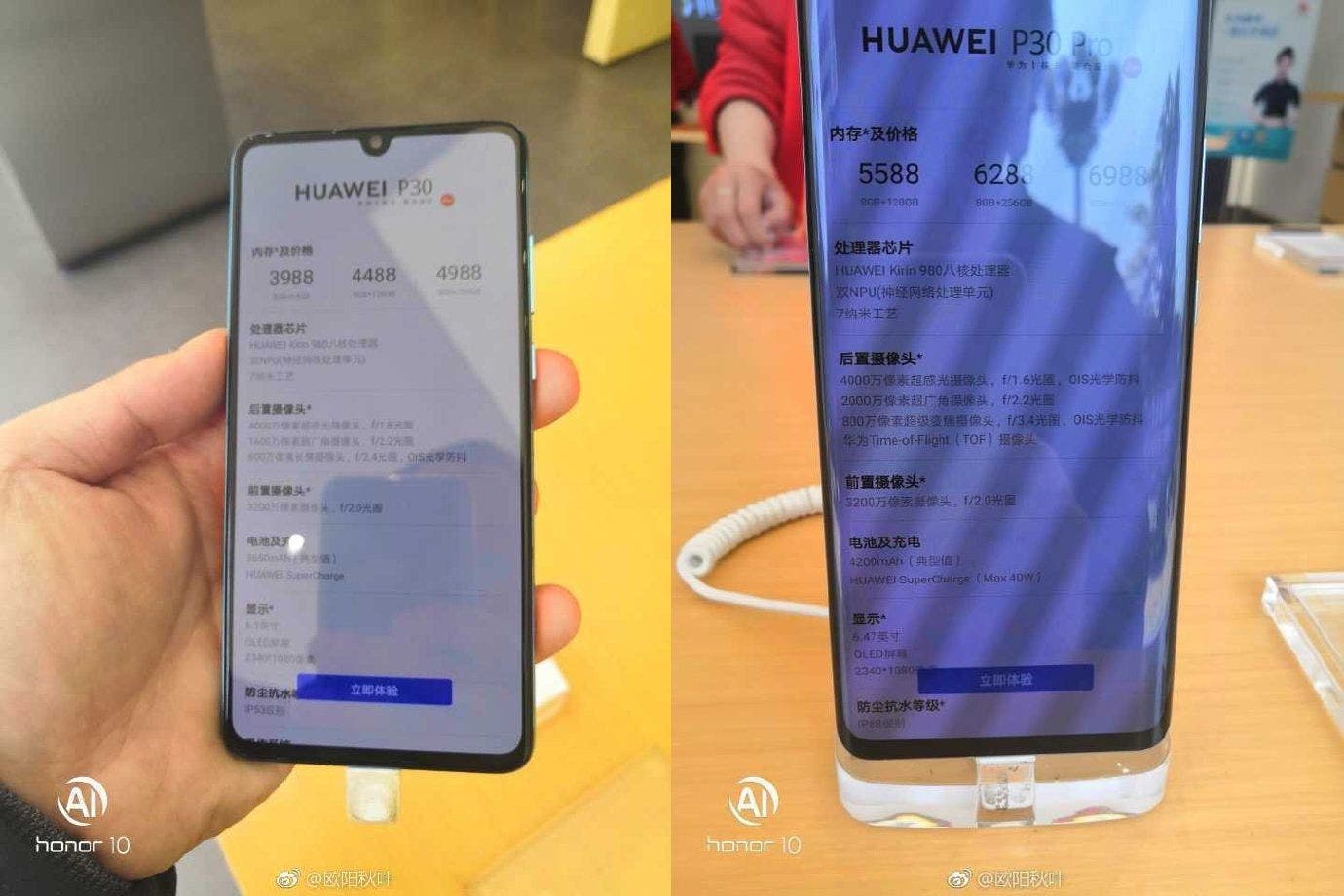 The Huawei P30 registrations are off to a great start as a recent report stated 10 times more numbers than the Huawei Mate 20 which is great for Huawei. However, registrations aren’t the complete picture as the real story starts with pre-orders and on-shelf sales. However, the Galaxy S10+ in China now has a formidable foe.

Next Huawei mate 30 will launch in October, device already under internal testing