With only a few days into the launch of the OPPO Reno in China, the Chinese manufacturer OPPO has again fixed a launch event for April 24 in ZURICH where it is tipped to unveil its first 5G phone – the OPPO Reno 5G. We are not sure why OPPO scheduled a separate event for the said date, perhaps the April 24 launch will be for the phone’s European debut, while it will initially launch in China April 10.

The OPPO Reno has been confirmed to launch as the Oppo Reno 10X Zoom, although a number of variants are in the offing. The most premium of the Reno will arrive with the SD 855 under its hood, and what is more, it will come with a unique Shark Fin pop-up camera, OPPOs 10x hybrid zoom (similar to that of the Huawei P30 Pro). A more affordable standard variant with the SD 710 is also said to be in the works and is said to miss out on the 10X Zoom, and maybe the dreaded pop-up camera, while the most basic of the range is rumored to be the OPPO Reno Lite which is expected to the Snapdragon 710 for MediaTek’s Helio P70 chipset. 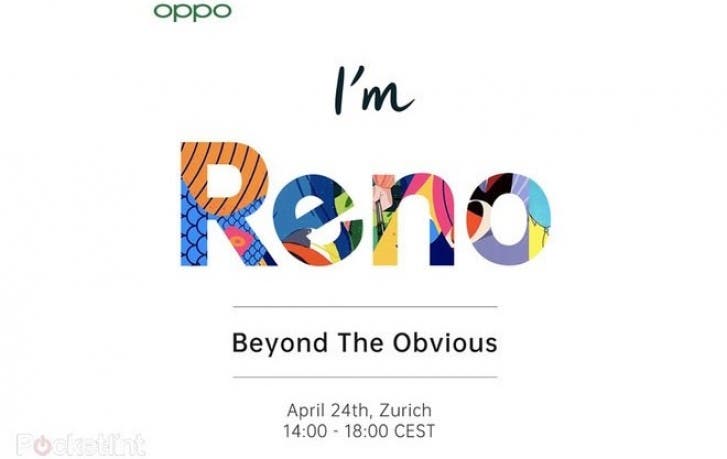 Once again the Oppo Reno 5G variant launches on April 24, so keep a tab on us as we will be on the ground to bring you all the latest on the 5G phone, but before then, you can follow upon the Reno leaks and rumor page here.

Next YouTube's picture-in-picture feature is rolling out for everyone