ZTE’s first 5G flagship smartphone dubbed as the Axon 10 Pro officially released at the MWC2019. In fact, it’s a top-notch device with a number of attractive features. They include a Snapdragon 855 platform and a 48MP rear three-camera. According to the official introduction, the phone’s 5G version supports 5G full-band coverage as well as the sub-6G frequency band. Thus, it can provide way better performance than what we’ve seen in the 4G era. Today, ZTE mobile phone officially announced that after the May 1 holiday, the phone will go on sale. 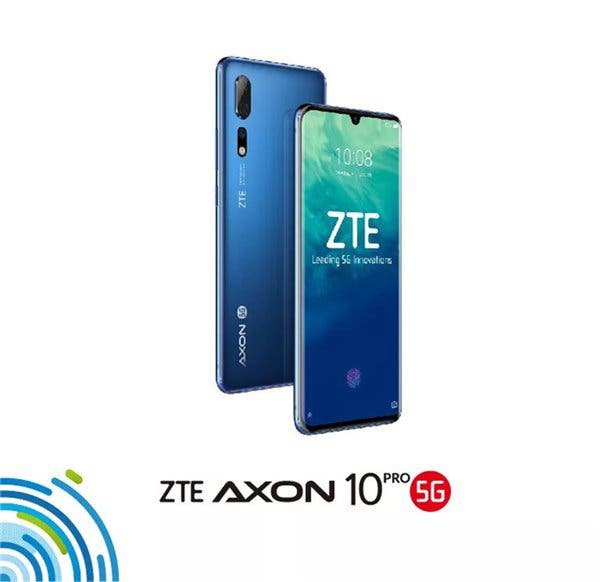 That’s not a secret the top manufacturers have been working on their 5G-enabled smartphones for a while. Now, they are going to launch them one after another. ZTE, which doesn’t want to fall behind, is no exception. But this also means if this company wants to win back its former popularity, it should come in with outstanding models that will provide powerful performance and be in line with the trendy technologies.

In this sense, the ZTE Axon 10 Pro has no reason to worry about a thing. It is packed with a 6.47-inch full-curved-screen, which has a 19.5:9 aspect ratio, an FHD+ resolution, and an AMOLED material. The 3D deep quad-curved glass is on the top. And what’s more attractive, it comes with an Axon Vision independent visual effects engine and supports for offline fingerprint recognition.

Under the hood, the Axon 10 Pro carries a Qualcomm Snapdragon 855 flagship chip, while MiFavor 9.0 system is based on Android Pie.

At last, the Axon 10 Pro also features a powerful three-camera with a 48MP main lens (4-in-1), a 20MP anti-distortion super wide angle lens, and an 8MP telephoto lens. This camera supports up to 5x zoom and 10x digital zoom.