Following the unveiling of a number of the budget Galaxy A series which culminated with the launch of the Galaxy A80 a few days back, Samsung mobile has today released a Smartphone for those operating on a very limited budget. Welcome the Galaxy A2 Core – Samsungs latest entry-level, and of course its third Android Go Smartphone.

Samsung as yet to make a formal announcement, but the full specs detail is already available and is also now available for purchase in India via offline channels. We are not sure if there would ever be any sort of formal announcement in the country, though it is expected to go on sale outside the shores of India in the coming weeks.

Priced at ₹5290 ($76) in India, the Galaxy A2 Core is astounding value for money smartphone targeted at mostly first time users as well as those who don’t need all the bells and whistles that mid-to-high-end devices offer. 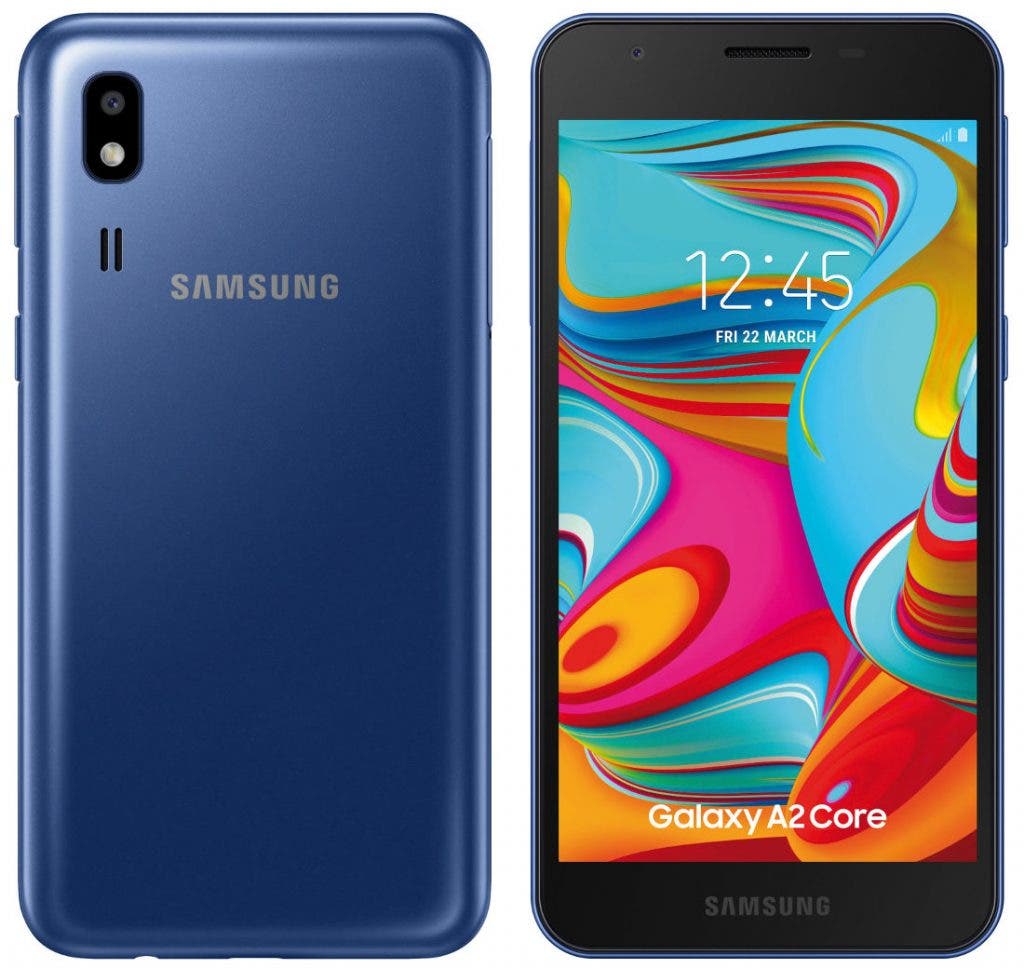 The device is fronted by a compact 5-inch TFT screen (540 x 960) and is powered by a 1.6GHz Exynos 7870 CPU with 1GB of RAM, and 16GB of expandable internal storage. At the rear, the device gets a 5MP  camera with no fingerprint sensor,  as well as a similar 5MM camera above the display for selfies. The battery is a 2600mAh cell battery, while it runs Android 9.0 Pie (Go edition), and so will come with Android Go-optimised apps such as Google Assistant Go and Maps Go.

Previous Honor 20 series to debut in London on May 21st