Samsung mobile seems to be on a roll with new models in its revamped Galaxy A range popping every now and then. The line up now boasts of up to 10 models, and it appears Samsung isn’t done yet with the model as indications have now emerged that more models could roll in soon.

As per a fresh certification page on the Wi-Fi Alliance website, the new A series might be getting a new model soon. A Galaxy device with the model number has been spotted on the Wi-Fi Alliance website which clearly suggests the device could be launching soon. Although the documents made no reference to the marketing name, the company’s new naming pattern suggests the device could hit the shelves as a toned down variant of the Galaxy A10 – precisely named as Galaxy A10e.

Sadly, the document hasn’t revealed any further information about the device other than the fact that it will boot Android 9.0 out of the box and support dual-band Wi-Fi 802.11 a/b/g/n/ac. If indeed the device arrives as the Galaxy A10e, it will be joining the entry-level Galaxy A20e, A20, A20e, and A30 in the lower echelon of the new Galaxy A series. 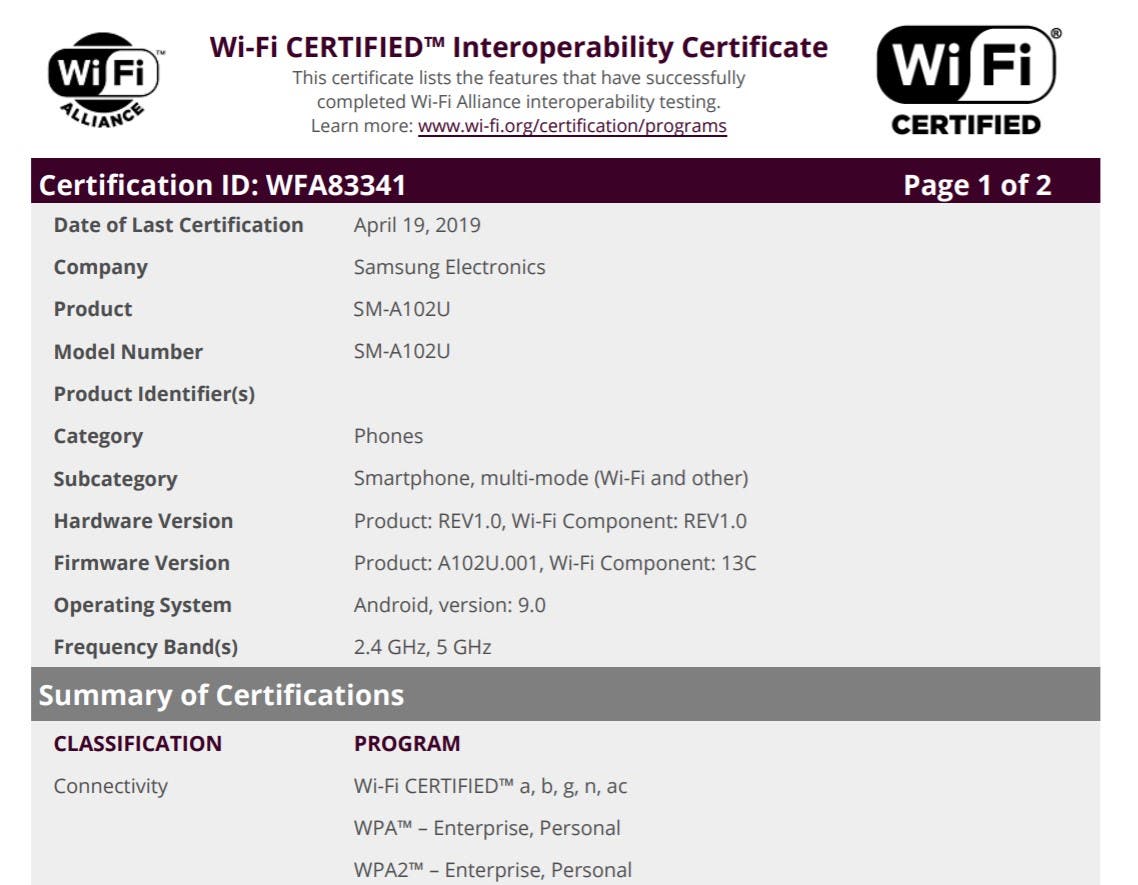 Details about the alleged Galaxy A10e are still scanty, though more info should surface in the following days.

Previous Meizu applies for a pop-up camera patent; could release a phone soon