Meizu launched the flagship Meizu 16 last year, and that device is all set to get a sequel in the name of the Meizu 16s and not the Meizu 17 as is the norm. The 16S launch event is scheduled for April 23rd in China, but the firm is already accepting pre-orders for those that would love to be on the list of its first users.

The company has been keeping up the enthusiasm via official teasers and has today released a fresh teaser that confirms some of the device’s camera features. As per the teaser images, the Meizu 16s will get a primary 48 MP Sony sensor with support for OIS, and an optical anti-shake feature. The device is said to be a dual camera phone, though details of the secondary camera are unknown at the moment.

The Meizu 16s has been in rumors for a while now and even appeared on the TENAA database earlier this month with a couple of revelations. The device as per the listing is tipped to flaunt a 6.2-inch AMOLED display, a 3,540mAh battery, while it will get the flagship SD 855 SoC, and with such So, it is rather surprising Meizu is still stuck up with a dual rear camera. 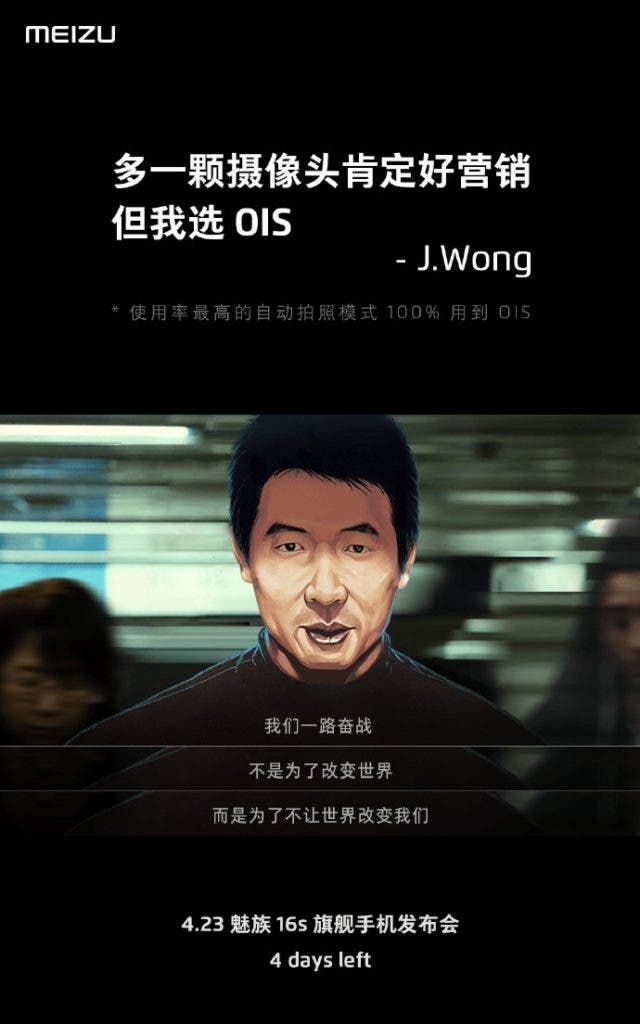 Just recently,  a new pop-up video surfaced at Weibo from the very same Meizu engineer who leaked the benchmark score and it looks every bit as impressive. The Flagship smartphone manages to open 20 apps in just 99 seconds. The test consisted of two opening rounds, to also show that the device is capable of handling at least 20 apps in the background without running out of memory and without compromising the overall performance.

Sadly, we couldn’t Have a glimpse of the final design of the Meizu 16s through this leaked footage as it was completely masked in a protective cover.