The Chinese smartphone maker Huawei has announced a long list of smartphones and tablet devices that will in due course get the EMUI 9.1 update. The list with a total of 49 devices is inclusive of both Huawei and Honor smartphones and Mediapad tablets and should be getting the latest EMUI 91. update in no distant time, though no time frame has been given for the rollout.

The latest  Huawei P30 series comes with EMUI 9.1 pre-installed on top of Android Pie, and as per the latest update plan by Huawei, the Mate 20 series (Mate 20, Mate 20 Pro, Mate 20 X, and Mate 20 Porsche Design edition)will be the first category of devices eligible for the EMUI 9.1. You will recall that the Chinese firm already started rolling out the stable update for the Mate 20 Pro and the Mate 20 X (AL00)  and all devices under the series after a Beta test of same in China. 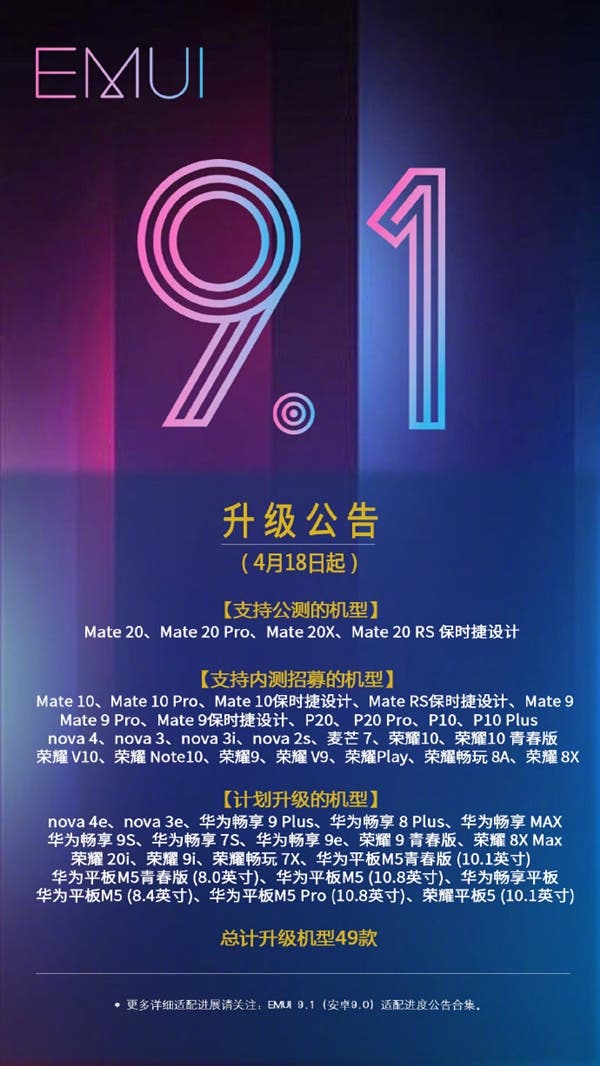 Previous Facebook is developing a voice assistant, although no one asked for it