Today, Phoneradar reports that OPPO has started rolling out a new software update for its first mid-range smartphone with a pop-up camera – the OPPO F11 Pro which was announced last month.  The update which arrives over-the-air has the build number CPH1969EX_11_A.09 and aims to improve the stability of the system and brings a few other features.

Specifically, the update brings some new camera improvements and features including; HDR, Filter, Dazzle Colour mode, Beauty function in camera ultra HD quality mode. It also solves the low probability hanging issue on the device while answering incoming calls. The update is rolling out over-the-air, so it might take a while to reach everyone’s phone, however you can check your device’s Settings Menu and check for the new version manually. 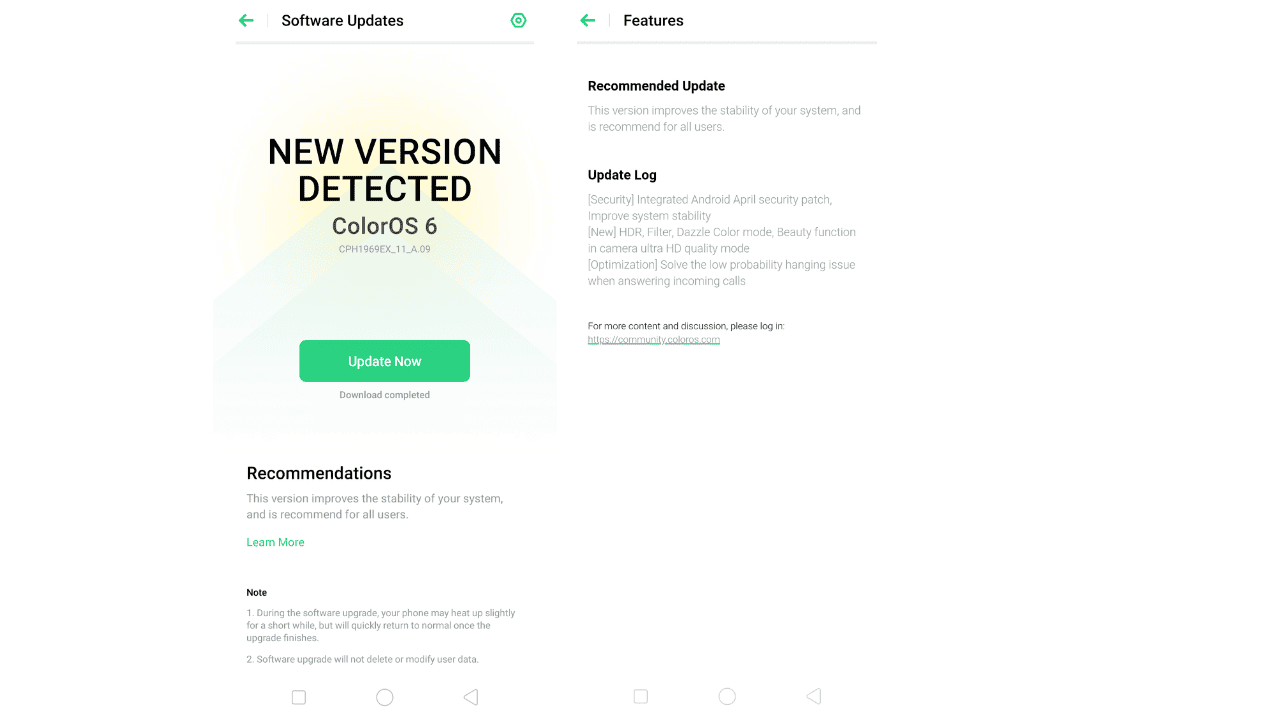 Whenever it does appear, the changelog mentioned that your device might get slightly heated up for a while, but that will normalize once the update is completed. Additionally, it also recommends you back up all the important data while also ensuring you have enough battery juice to complete the installation, though the update will not delete or modify the user data.

The OPPO F1 Pro launched last month with a pop-up camera system continuing the onslaught of 48-megapixel cameraphones.  It is fronted by a 6.53-inch 1080p notch-less display and a pop-up selfie camera similar in positioning to Vivo’s new V15 Pro, albeit with slightly lower-end specs.

OPPO will be releasing an Avengers-branded limited edition of theF11 Pro flagship in Malaysia on April 24, and unlike the base OPPO F11 Pro, the OPPOF11 Pro Marvel’s Avengers Limited Edition will get be coated in Blue and Red colors with Avengers logo crested on the back panel similar to Captain America logo as well as a bump in storage from 64GB to 128GB, while every other spec remains unchanged.

More pictures of ELEPHONE U2 together with Oppo F11 Pro