Tecno mobile and Infinix Mobile dominance of the mobile phones market in Nigeria could be on the brink of shrinking as Xiaomi has just officially launched its product in Africa‘s most populous country, and while it might seem this is coming late, it is clear Xiaomi‘s offering would pose a threat to Tecno and Infinix empires.

Just when the India launch event was going on, Xiaomi Redmi sub-brand announced the budget Redmi 7  and Redmi Note 7 in Nigeria at an held in Lagos Nigeria on Wednesday. The RedmiNote 7 has been around for a while, though it’s been barely a month since the brand first unveiled the Redmi 7 in China and now launched in both Nigeria and India. 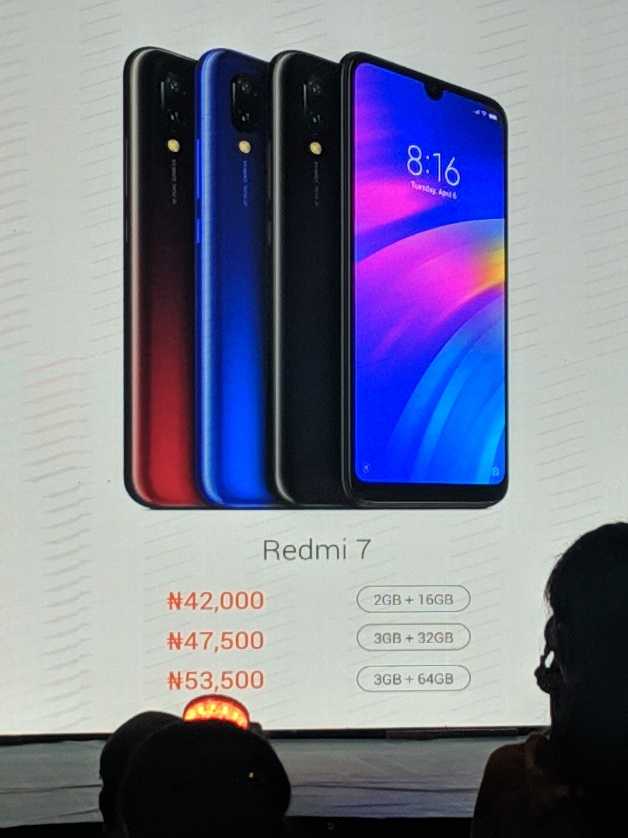 Xiaomi also brought a third device to the country – the Redmi Go, although it wasn’t part of the Wednesday event, the Redmi Go is already selling in the country via Jumia priced at ₦22,000.

For the Redmi 7, Xiaomi went all-plastic with the ‘Aura Smoke’ design, though you may be deceived to believe it’s made of glass and metal at first glance, it, however, features an oleophobic coating on that back panel that should help repel smudges. Not only that, the device has a P2i nano-coating making it splash proof.  Powered by a 4000mAh battery, the Redmi 7 is fronted by a 6.26-inch HD+ waterdrop notch display, is powered by Snapdragon 632 SoC with up to 3GB of RAM. There is a twin camera set up at the back consisting of a 12-megapixel primary camera with LED flash along with a secondary 2-megapixel camera for capturing depth information in portrait shots, while it has an 8-megapixel camera on the front. 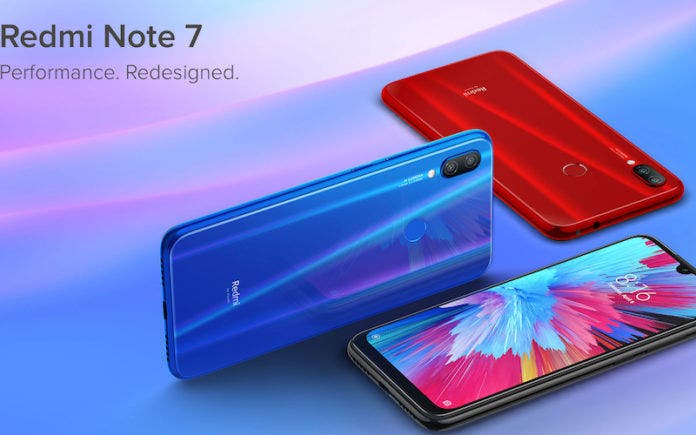 The Rredmi Note 7 is at the moment Redmi‘s bestseller, selling over 4 million units since it was first launched till March 29 all thanks to its spectacular dual camera which uses a Samsung 48MP ISOCELL sensor and Xiaomi’s AI for post-processing, its 4000mAh battery with quick charge 4, and of course its Snapdragon 660 chipset.