We know one of the Xiaomi’s old models, namely the Xiaomi Mi 6 is getting its own MIUI update based on Android P. Today, we were informed owners of the Xiaomi Mi MIX 2 can also check their phones for this update. Particularly, it’s said the company is currently pushing out an OTA update of Android P-based MIUI 10 9.5.9 beta development version. The download package size is 1.7GB. 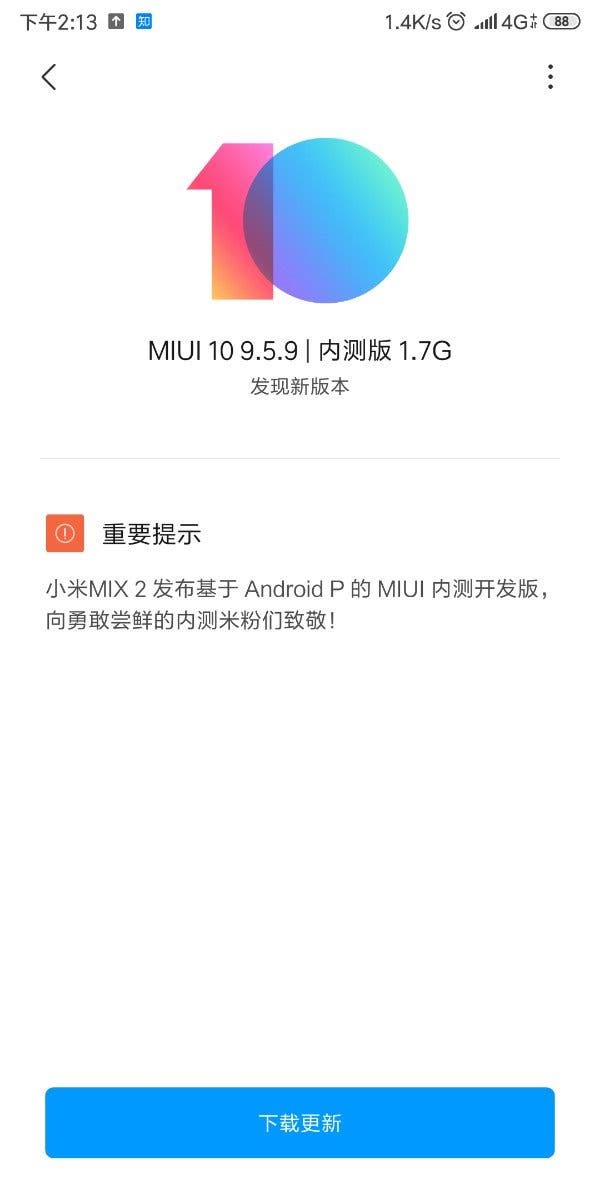 As you can see, every new update comes with features that are for Chinese users mainly. But there are also a lot of bug fixes and performance improvements. This MIUI update is no exception. However, the whole list of changes will be known a bit later.

If you remember, the Xiaomi Mi MIX 2 is the second-gen MIX series smartphone that still adopts the tri-bezel-less design. The front-camera is placed on the chin. These are two main differences when comparing with other trendy phones. It is packed with a Snapdragon 835 high-end chip. As for the cameras, the selfie shooter has a 5MP resolution, while the rear camera has a 12MP resolution. This handset supports the global LTE frequency band, and there is a built-in 3400mAh battery.