Xiaomi Mi 6 is one of Xiaomi’s best devices and after its release in 2017, it has received one major update which is the Oreo update. This afternoon, Xiaomi officially launched the MIUI 10 9.4.22 beta system for Xiaomi Mi 6. Now, the classic Mi 6 can now try out Android 9 Pie features. As of now, this beta update was released for active Mi forum users only so not every user can receive it. 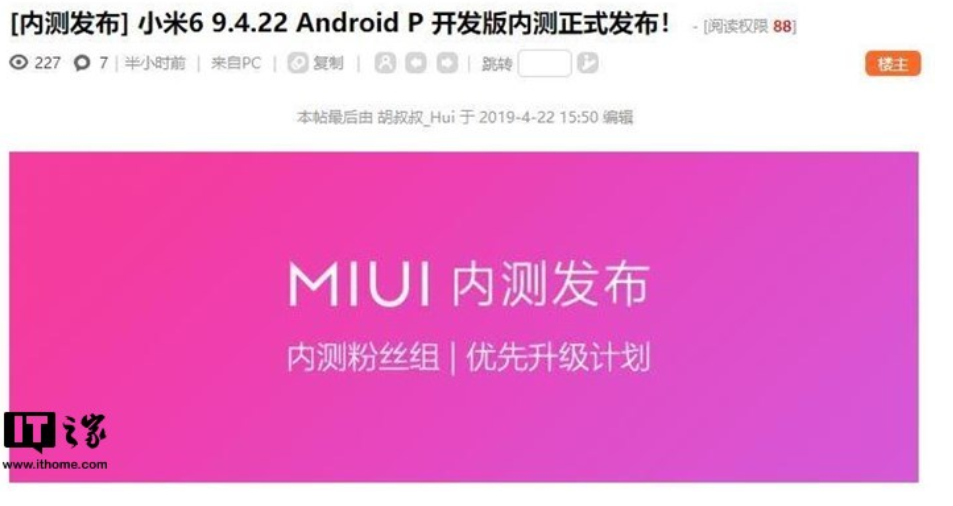 It is also recommended that users should be careful to upgrade. Since this is only a beta, it is most likely that it comes with a lot of bugs that will need a fix. Xiaomi said “…some applications may have incompatibility issues. It is recommended that you upgrade carefully.” In addition, users can not roll back after upgrading. After upgrading, you may encounter Google related services or features flashback error. If this happens, completely uninstall and reinstall Google services. 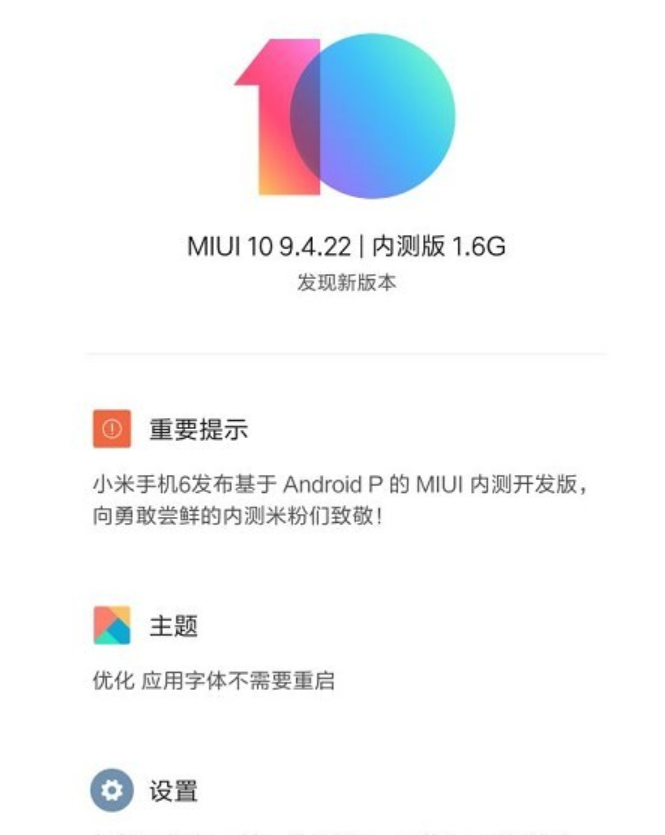 The Xiaomi Mi 6 is one of the earliest smartphones to use the Snapdragon 835 SoC which has now been dominated by the Snapdragon 845 and most recently, the SD 855. It uses a 5.15 inch with a resolution of 1920 x 1080. In the camera department, the Xiaomi Mi 6 is equipped with dual rear camera setup. It has a 12MP + 12MP configuration on the rear and an 8MP sensor for selfies. This smartphone runs on Android Nougat out-of-the-box (Oreo update available) and a 3350 mAh battery keeps its lights on.

Next Xiaomi opens a new Mi Store in Romania