It turns out there is a new ZTE phone, which is set to come to our way in the nearest future. At least, a new device with a model name of ZTE A7000 has successfully passed the TENAA certification. There is every reason to think we are dealing with the Blade A7, which was released in the official flagship store of Jingdong. The machine will go on sale on May 17. 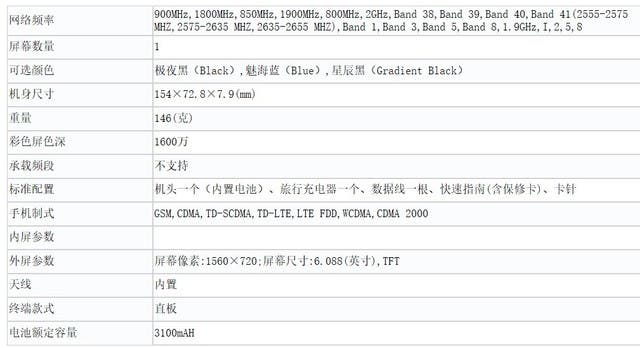 As the TENAA documents show, the alleged ZTE Blade A7 will use a 6.9-inch water drop screen, with a resolution of 1560 × 720, an aspect ratio of 19:9, and a screen ratio of 89%. This screen will be placed on a body that comes with 154 * 72.8 * 7.9 mm dimensions and a weight of 146g. There is a rear single camera, which is coupled with a flash. There is no physical fingerprint recognition module. The body has three colors: black night, charm sea blue, and star black.

When it comes to the hardware, we see this is a classic low-end smartphone, which is packed with a MediaTek Helio P60 octa-core processor. It will come with two options of 2+32GB and 3+64GB. However, the internal storage can be expanded up to 256GB via the card slot. The ZTE Blade A7 sports a built-in 3100mAh battery, and a micro USB interface. It runs on Android 9.0.

Next OnePlus 7 To Come With Display P3: What is This?